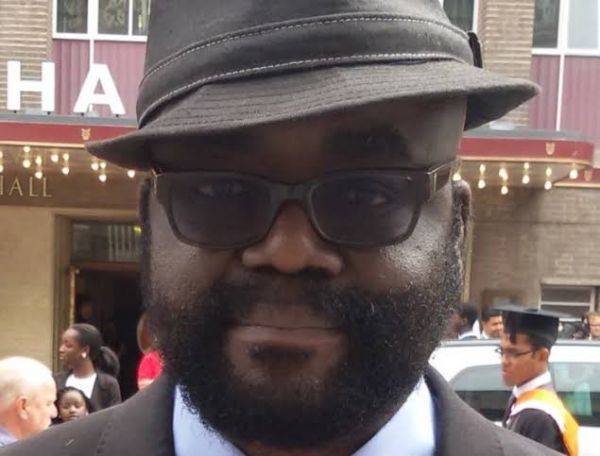 Is Peter Obi of the Labour Party (LP) the servant-leader Nigerians have been waiting for, or should they look for another?

In the last ten years, there have been calls for a Third Force in the Nigerian political firmament to counter the dominance of the Peoples Democratic Party (PDP) and All Progressives Congress (APC). Earlier attempts had failed. But this time around, it seems there are unprecedented political stirrings and the coming of age of the electronic village square of the Internet. Old fashioned, carnival-like campaign rallies are still in vogue. However, more than ever before, the internet is playing a significant role.

That is why we can even be discussing Candidate Obi at all. Had the society not been as polarised as it is, and had the #EndSARS protest not massed millions of Nigerian youths on various platforms on the internet to great effect, perhaps no one would give Obi a second look. To use a deliberate understatement, Labour Party is not the most visible of parties in Nigeria — until Peter Obi left PDP to fly the Labour flag.

This is not to say that the 2023 presidential elections have already been won by any candidate. Truth be told, the frontrunners at the moment are the ‘usual suspects’ — APC’s Bola Tinubu and PDP’s Atiku Abubakar. And don’t let anyone fool you that both senior citizens don’t have much fire left in them. If anything, this is likely to be their last opportunities for a place in the presidential sun. They are adroit chess-masters who know the game. If you don’t reckon with both men, then you need some schooling in Nigerian politics.

However, the game is different this time around. Like soccer, the offside rules have been changed. Unlike in the past, there is now the equivalent of a Video Assistant referee with the introduction of the Bimodal Voter Accreditation System (BVAS). Whatever your opinion of the Independent National Electoral Commission (INEC) is, you have to salute its embrace of technology, which makes the playing field more equitable.

Another presidential candidate that you cannot ignore is Rabiu Kwankwaso of the NNPP. A former governor and chieftain of both PDP and APC at different times, he has teamed up with Ibrahim Shekarau to give NNPP a presence of sorts. No serious analyst will say that Kwankwaso’s party will win the presidential race in 2023. But I wouldn’t taunt him, if I was in a contest against him. A famous Yoruba saying goes thus: “The leper may not be able to milk the cow, but he sure can upturn the milk bucket.

One of the major imperatives of the forthcoming elections is that whoever intends to win must tap into the large population of voters on the internet. The traditional thing in the past was to go directly to the voters in their wards and constituencies with the deployment of gargantuan resources both legit and otherwise. In that wise, the political strategist will simply make his plans and calculations based on what each geo-political zone brings to the table.

While oiling the analogue ‘native-law-and-custom’ system of the past, every presidential candidate now has to, more than ever before, use the tools of the new media to reach large audiences.

Communication experts postulate that interactivity is one of the most promising aspects of the Internet with regard to promoting a democratic society because it enables the politician to communicate not only horizontally (among citizens), but also vertically (between citizens and elites). Therefore, say the researchers, an intimacy is generated between the politician and his audience which would have otherwise been impossible in off‐line communication.

The total number of active internet users in Nigeria is 104.4 million. About 88 per cent of 18 to 29-year-olds spend most of their day on the digital highway, especially on social media. Nearly 80 per cent of people aged 30-49 years do so, while only 35 per cent of the old school (65 and above) are doing the same.

It is easy to laugh at online campaigners as a bunch of toothless bulldogs, but wait until they do the damage. Where was the government when the #EndSARS protesters were digging the earth from under its feet in plain sight? Any political party that diligently plumbs the unbelievable vistas opened by the internet in a creative manner will spring eye-popping surprises. That is where most Nigerian youths perpetually lounge.

Just consider the statistics: About 9 per cent of registered voters are between the ages of 20-24; 7.3 per cent are between 25-29years; 6.3 per cent are between 30-34 years and 5.5 per cent are between 35-39 years. The highest percentage, predictably, is the age range from 18-23. Those millennials are angry and determined to upset the apple cart. A content analysis of their online colloquia shows that this time they should be taken seriously because for once, here is a group of voters who are ready to fund their preferred candidate’s campaign.

For now, while Tinubu and Atiku rule the streets and airwaves, Peter Obi has a large presence of admirers on the internet. It is true that popularity on the internet is a different ball game from actually getting people to take the trouble to register and vote. However, at no other time in the history of electioneering in Nigeria has the younger population been so defiant and determined for change as they are today.

Don’t rule out anything in politics. Both PDP and APC have experience on their side. But they don’t yet have experience in what I call e-struggle. That is one playing field that is truly level. In the same vein, the Obi Turks must get their calculations right. The first three states with the highest number of internet subscribers are currently in the hands of APC — Lagos State with 16.4 million, Ogun State with 7.4 million and Kano State with 6.8 million. So, the matter may not be as cut-and-dried as it appears.

The registration queues for voters’ cards have suddenly become a feature of many urban centres, competing with fuel queues at petrol stations. INEC facilities are stretched. This is not a joking matter. The 2023 presidential elections will record the highest turnout ever.

I don’t see why the young e-gladiators who have made cybersphere their battlefield will not fulfil their threat of massively voting for whoever they feel can fix the country. If they do show up as indicated, then old calculations based on extensive structures and wide networks of bribe dispensers may be overwhelmed. And if, somehow, Obi and Kwankwaso agree to work together, the maze will become even more complicated.

In life, perception is everything. Both Atiku and Tinubu have been under scrutiny for a while because they have been in the public eye at the apex of Nigerian politicking for many years. The kind of scrutiny now being done on Peter Obi is annoying some of his followers. I would counsel them to retreat from insulting anyone who has a contrary opinion. Those marketing his candidature must refrain from the toxic characterisation and rudeness which some of them have been perpetrating since he was named Labour Party presidential candidate. Obi needs friends, not enemies!

Even a greenhorn knows that the Labour Party as presently constituted cannot win the forthcoming elections. It needs a grand coalition. And we have learnt that the party plans to do just that with the coming together of the major ‘unlikely suspects’.

One issue that refuses to go away is that of the religious mix of the presidential ticket. PDP has a ‘politically correct’ Muslim/Christian mix with the choice of Governor Ifeanyi Okowa as Atiku’s running mate. The other parties seem to be playing decoy games until the final deadline for substitution of candidates when they will stand down the mannequins to unveil their real vice-presidential candidates after a series of coalition talks with other parties. It is believed that the name of Kabir Ibrahim Masari submitted as Tinubu’s running mate is being used to test the Muslim/Muslim waters.

We are still a long shot from predictability. Fish or crab? Take your pick.