You don’t like the sound of your voice? This surgical procedure will get you the pitch you like 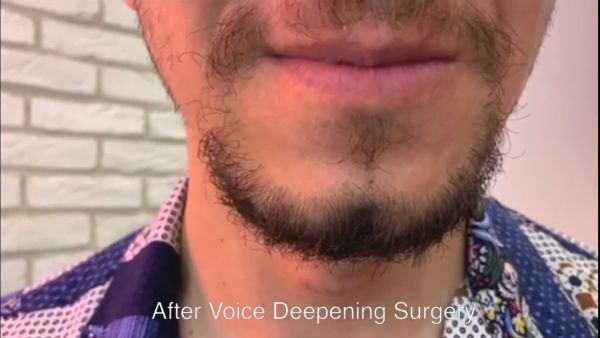 Ever wish you had the deep voice of James Earl Jones? Well, maybe that’s an unattainable goal, but if you’re willing to go under the knife for a deeper or higher voice, there’s a surgeon in Turkey who can help.

Kursat Yelken has been performing voice deepening surgeries for 15 years and claims that demand for the procedure has been increasing. He currently operates on 100 – 150 people a year, from executives wanting to sound more assertive, to transgender people looking to make their voice match their new gender. The Turkish doctor, who trained at Harvard Medical School, can tweak patients’ pitch and tone, giving them a deeper or higher voice, depending on their preferences.

“Voice is an inseparable part of one’s personal image, and being uncomfortable with their voice can affect a person’s professional or personal life as well as their confidence,” Yelken recently told Jam Press. For instance, people working in management positions may need to sound more authoritative, therefore they may want to have a deeper or more masculine voice.”

Explaining the procedure in layman’s terms, Yelken said that it starts with an incision into the lower part of the neck, followed by the creation of a “cartilage island” on the thyroid cartilage, which is also pushed back to make the voice sound deeper. The procedure is performed during local anesthesia, so patients can opt for the preferred tone and pitch by trying out their new voice.

Patients are released and can speak immediately after the surgery, although their voices can sound a bit coarse at first. The incision on the neck tends to heal in about a week, but a full recovery is expected after eight months.

“It is getting more and more popular every day as more people become aware that it is actually possible to alter the pitch of the voice,” Yelken said. “Although men are more interested in this procedure, it is not limited to them. Some female patients complain that they have a high or childish voice, and want to change that. This procedure is a huge help for transgender people who want their voice to match their gender.”

Yelken’s has been performing voice deepening surgeries for years, but his work only recently started attraction online after one of his TikTok videos went viral. The Turkish surgeon frequently promotes his work on the popular social network by posting before and after video clips.

Going under the knife to change your voice might seem a bit extreme to some, but people have been getting surgeries for even stranger reasons. Limb-extension surgeryhas apparently been getting very popular as well, As has the  “Snapchat Dysmorphia” phenomenon.