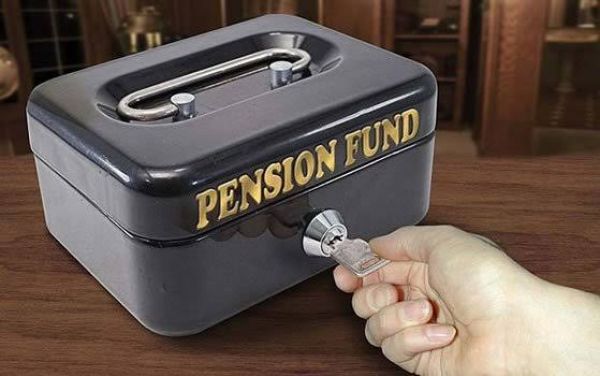 Federal Government is planning to source $1.5bn (N620bn) loan from pension funds to support its proposed N7.73tn investment in transport infrastructure over the next five years.

Specifically, the government is seeking to obtain the facility to finance transport sector projects between 2021 and 2025, hoping that the over N13tn pension fund will grow at an average rate of 15 per cent per annum during the period.

These were contained in the Federal Government’s ‘National Development Plan 2021-2025: Volume I’, which was launched recently.

Federal Government also revealed in the NDP document that the N7.73tn infrastructure spending would be sourced from the capital market, the Presidential Infrastructure Development Fund portfolio, pension funds, among others.

The government, however, said the proposed N620bn facility would be based on the willingness of pension funds administrators to invest in the transportation sector.

The NDP document read in part, “An additional $1.5bn (N620bn) could be sourced from pension funds, assuming Nigeria’s pension fund assets valued at over $31.3bn in 2019 grows at an average rate of 15 per cent per annum over the five years and pensions funds administrators opt to invest in infrastructure funds and infrastructure bonds up to the thresholds they are allowed to do.”

The national development plan describes transportation as vital to the economy, noting that it underpins development, delivers improvements in quality of life, and enables effective governance.

As such, the government said in the plan that it would upgrade the current transport infrastructure to a well-integrated multi-modal and intermodal transport system that is economically efficient, socially equitable, and environmentally sustainable.

The NDP further read in part, “To achieve the goals outlined in the transportation sector, the estimated public investment is N7.73tn from 2021 to 2025. Allocations will be made to priority projects in the sector as well as projects essential to the operations of the relevant MDAs at each level of government.

“In addition, the transportation sector plan and the infrastructure master plan have identified some available funding options. Aside from the public sector capital budget expenditure sources, the following options are available to the government: Capital market-raising the sum of N100bn on an annual basis via the sovereign Sukuk bonds. This will amount to N500bn that will be available for the funding of critical road projects. The Presidential Infrastructure Development Fund portfolio (managed by the Nigeria Sovereign Investment Authority): $321m was made available to this fund from the proceeds of the last tranche of the ‘Abacha loot’ that was recovered. The proceeds of the fund will be applied to fund the execution of the Lagos–Ibadan Expressway, Abuja – Kaduna – Kano Expressway and the 2nd Niger Bridge.

“Central Bank of Nigeria is putting together an infrastructure company in collaboration with the NSIA and some private capital funding sources. It is expected that InfraCo will generate a total capital asset portfolio of about $40bn. Over the next five years, it is expected that InfraCo can generate up to at least 55 per cent of its projected total portfolio (that is $22.5bn).

According to the document, with over 200 million people living across an area of over 900,000 square kilometres, the nation’s transport sector currently contributes an average of three per cent to the Gross Domestic Product.

The sector’s contribution to the GDP is expected to increase to five per cent in the next five to 10 years.

As such, the government said it would incentivise the private sector to attract alternative funding sources to the sector.

However, senior civil servants and pensioners have kicked against the plan by the Federal Government to borrow $1.5bn (N620bn) from the pension funds.

The workers, under the aegis of the Association of Senior Civil Servants of Nigeria, asked the government not to contemplate the idea, describing the proposal as insensitive.

The union also berated the FG on its borrowing spree, noting that this has put the nation under pressure.

Okon said, “I also believe that a very sensible government would know you cannot continue to do things the same way and expect a different result. They have been borrowing, putting Nigeria under pressure.

Also, pensioners under the aegis of the Nigeria Union of Pensioners stressed that the government needed to be careful about borrowing from the pension funds.

Reacting to the plan, the NUP Information Officer, Bunmi Ogunkolade, noted that retirees might become stranded if the government failed to repay the loan.

Ogunkolade stated, “From the NUP, we call for caution on the borrowing plan because what is happening today may not happen tomorrow. This money does not belong to the government, it belongs to the workers who will retire tomorrow. The pension fund does not even belong to the workers; it becomes pension after the workers might have retired. So, people in service today that are contributing hope to retire one day and collect the money.

“Our fear is when they now retire and the money is not there, having been spent on construction of roads or electricity; so, what would be the fate of such retirees? So, we call for caution on the part of the government. They should please think twice. The total contribution, according to the Pension Commission, is over N13trn and the government wants to borrow $1.5bn. We express our strong reservation about such borrowing.”

However, analysts believe that since the pension law allows PFAs to invest in Federal Government bonds, workers and pension unions may not have any legal ground to stop the government or pension funds administration from going ahead with the proposal.