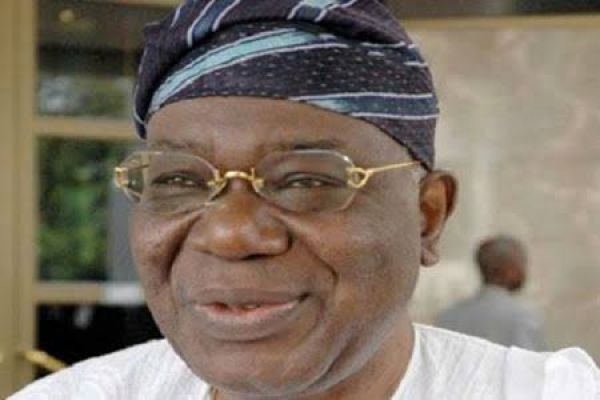 Adeboye Shonekan stated this in a statement on behalf of the family.

The late Nigerian leader was 85.

The family said they would release further details in due course.

The Ogun-born statesman was head of the interim government that led Nigeria between the military governments of Ibrahim Babangida and Sani Abacha.

Already, condolences have been pouring in for Shonekan, who was popularly known as the Baba Sale of Egbaland.

Buhari said Shonekan left his “flourishing business career to become the Head of Government, at a delicate time when the country needed someone of his calm mien and pedigree to save the ship of state from sinking.”

In his condolence message, former President Goodluck Jonathan said Shonekan was a peacemaker and bridge builder who left enduring legacies.

“As a leader, Shonekan was well respected because of the enormous goodwill he brought into governance.

“He was a compassionate and determined administrator, a peacemaker and bridge builder who stepped in to lead the nation at a very difficult time in the history of its political evolution.”