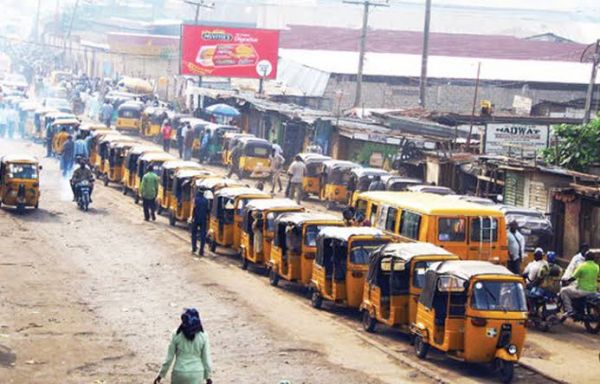 Many commuters and students were forced to trek long distances in Kano on Monday as commercial tricycle operators withdrew their services for the first day of a planned one-week strike.

The operators are protesting against government levy of N8,000 for the renewal of tricycle number plates.

Tricycles, locally called ‘Adaidaita Sahu’ in Kano, are the dominant mode of intra-city transportation in the commercial nerve centre of Northern Nigeria.

The protest of the operators began after the state’s Road Traffic Agency (KAROTA) announced the N8,000 renewal register aside from daily levy of N120 on each tricycle.

Students who coincidentally resumed school on the day were greeted by the face-off between the government and the tricycle operators.

There were long lines of commuters, especially students, stranded or trekking along roads in the metropolis.

The head of KAROTA, Baffa Dan’agundi, insisted on Monday that the government will not back down on its levy.

Our correspondent observed that the development reduced traffic gridlock normally experienced in the city as a result of high number of tricycles.

Habu Danmalam, a trader, lamented that commoners wiill bear the brunt of the face-off between the government and the tricycle operators.

“Tricycle is our only means of transportation. These people (government) want to kill us because we are of no use to them,” Danmalam said

He begged the government to consider the plight of commoners and resolve the issue amicably.

Buhari Ibrahim, another Kano resident, said the strike would affect students because many parents rely on tricycles to convey them to schools.

However, Secretary, Kano State Transport Associations Forum, Ashiru Sallau, said the union did not ask its members to embark on the strike.

Sallau said: “The Union did not direct their members to go for the strike but some of our members resolved to take the decision, not under our umbrella.

“We discussed with the government when it introduced some measures regarding our operations. We asked the government to remove some of the levies to enable our members continue to earn their livelihood,” Sallau said.

“It is in the process that some members decided to go for the strike, and not with our mandate. We are seeing what is happening in other states where they banned tricycle operations.

“The strike is the decision of some members who don’t want to be obedient to the rules and regulations,” Sallau said.