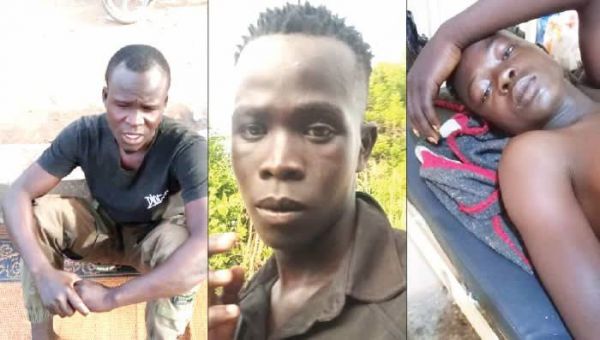 Two men, Sale Abacha and Malummodu Ibrahim, have been shot dead by soldiers in the Adigbe area of Abeokuta, Ogun State.

The soldiers, who were reportedly led by a Lt.Col, and one Bashir, described as a lawyer, invaded the community around 1am last Saturday.

During the attack, no fewer than five persons reportedly sustained bullet injuries and were rushed to Federal Medical Centre for treatment.

Our correspondent learnt that prior to the incident, there was an argument between Bashir and a member of the community, Suleiman Yawal, on New Year’s Eve.

Bashir was said to have taunted Yawal, saying he once facilitated his release for an offence he committed five years ago.

Yawal, however, attributed his release to God and a family member.

An argument reportedly ensued between the two men, as people intervened.

Bashir was said to have left the community in anger, threatening to deal with Yawal on his return.

An eyewitness, Ibrahim Suleiman, said residents were asleep when Bashir stormed the house with soldiers, who shot sporadically.

He said, “The gunshots woke me up and I immediately heard the soldiers ordering everyone to lie down. One of them said anyone that runs should be shot. My brothers and I were on the floor until they got into our room and told us to come out.

“The soldiers led us to where they gathered other members of the community and when we got there, they told Bashir to finger those arguing with him in the afternoon. The soldiers took the three people he selected away.

“Before they left, we asked where they were taking them to, but the person who led the team introduced himself as Lieutenant Colonel Ali, and said he would report the incident at the Adigbe Police Station.”

Seriki of Apoki-Adigbe community, Abdullahi Hazan, while demanding justice, urged the authorities to intervene in the matter, saying the invasion was criminal.

He said, “Over 10 armed soldiers invaded the community. What happened was that a member of the community, Yawal, came to celebrate the New Year when Bashir said he arrested him for an offence five years ago and later released him.

“But the boy disagreed and said it was God and his brother that assisted in securing his release. So, Bashir became annoyed and threatened to deal with him. We appealed to Bashir to forget the matter, but he refused and went to call soldiers from the Alamala Barracks.

“The soldiers parked their vehicles at the gate and Bashir led them into the compound and attacked my boys while they were asleep. They shot and killed Sale Abacha and Malummodu Ibrahim, and injured five others, including Musa, Karagama, Abuna Abba, Kyari, Usman Abubakar.

“They also arrested Suleiman Yawal, Haruna Yusuf and Sadiq Gado. All we want is justice and for the arrested victims to be released.”

“Preliminary investigation revealed that the suspects are indigenes of Gwoza and Danboa LGA of Borno State. However, on the claim that two persons were shot dead during the raid, investigation will be conducted and I will get back to you on it.”