‘The rot, stench and corruption in the system’ made me resign as Chair of First Bank Holdings - Babalola 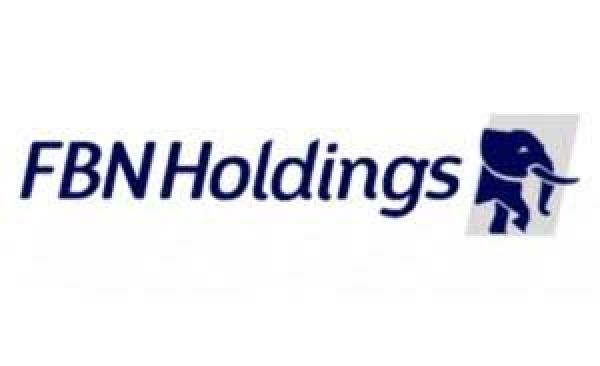 Remi Babalola, former chairman of FBN Holdings Plc appointed by the Central Bank of Nigeria following the abrupt exit of his predecessor, Oba Otudeko, resigned his position due to “the rot, stench and corruption in the system”, PREMIUM TIMES has learnt.

Babalola gave up the top board role at the financial service group on Friday.

Although no official announcement has yet been made, including from the Nigerian Exchange Limited, inside sources informed about the issue confirmed the development to PREMIUM TIMES earlier on Friday.

The exit of Babalola, a former Nigerian Minister of State for Finance, is coming at a time billionaire mogul Femi Otedola emerged as the new biggest shareholder at the holdco.

On Saturday, documents obtained by PREMIUM TIMES from top sources at the Central Bank of Nigeria (CBN) showed that the former minister claimed that he resigned amid frustrating attempts to reinstate confidence in the brand and improve corporate governance within the system.

In a letter announcing his resignation, seen by PREMIUM TIMES, the former chairman expressed frustration about the system and lamented his futile efforts to ensure transparency in the holdco’s operations.

“I accepted the appointment as a non-executive director and chairman of the board of FBN Holdings PLC on April 30th 2021 as a national call to service, an opportunity to deploy my endowments to illuminate humanity,” wrote Babalola.

“Since then, it has been a slug of herd work, sacrifices and battles.”

Despite the challenges, Babalola explained that the board was able to push through within the last few months to effect major changes in corporate governance overhaul. He noted that the board reinstated confidence in the brand, stalled value erosion, transferred registrars for transparency, introduced openness and due processes in all transactions, unveiled significant investors, and pushed for improved performance.

“However, with the rot, stench and corruption in the system, it has been well-nigh impossible for me to break; and upon deep reflection and partial to my personal values, I write to formally resign my appointment as a non-executive director and chairman of the board of directors of FBN Holidays PLC, effective immediately,” he wrote.

“This should allow ample time for the institutions shareholders to plan a smooth transaction through the next Annual General Meeting.”

In the last few weeks, major shareholders of the holdco have been slugging it out in battle for influence and power within the company.

Billionaire magnate and chair of Geregu Power Plc Femi Otedola and his closest rival Tunde Hassan-Odukale, have been locked in an ownership tussle since the news of Mr Otedola’s share acquisition broke in October.

Days after, the board of FBN Holdings issued a letter to the Corporate Affairs Commission, notifying Hassan-Odukale’s “5.36 per cent” cumulative stake and other related details. The controversial aspect of his declaration, particularly his claim to 1.05 per cent stake held by Leadway Pensure PFA, a company owned by Hassan-Odukale, attracted disapproval from the NGX and the National Pension Commission.

Last week, Otedola acquired a further interest in FBN Holdings Plc, the parent company of First Bank. The purchase was expected to formally consolidate his position as the single biggest shareholder of FBN Holdings, placing him well ahead of his rival.

In the interim report filed at the Nigeria Exchange Group (NGX), profit before tax failed to surpass the N63.31 billion recorded during the corresponding period last year, as it stood at N52.93 billion.‘Surprising Resignation’

Meanwhile, details of a separate letter obtained from insiders at the CBN showed that the apex bank has invited Babalola to a meeting of the Committee of Governors of the Bank.

The meeting, scheduled to further discuss the development surrounding Mr Babalola’s exit from First Bank, will be held on Monday at the CBN office in Lagos.

In the letter, CBN eulogised the former chairman for his modest efforts in repositioning the bank yet described Babalola’s resignation as a ‘surprise’.

“However, your resignation came as a surprise, given its suddenness, without any prior engagement with the Bank and your allegation of wrongdoing within the bank which you claimed stalled your efforts to deliver on the mandate following your appointment by the Bank,” the CBN said in the letter, signed by Haruna Mustafa, Director of Banking Supervision.

“The CBN takes issues of governance infractions and breaches very seriously and hereby invites you to a meeting with the Committee of Governors of the Bank to further discuss this development.”

Efforts made by our correspondent to speak with Babalola on Saturday failed as his known telephone number was unreachable. Text messages sent to his telephone lines were also not responded to as of press time.

A CBN spokesperson did not return calls Saturday afternoon.