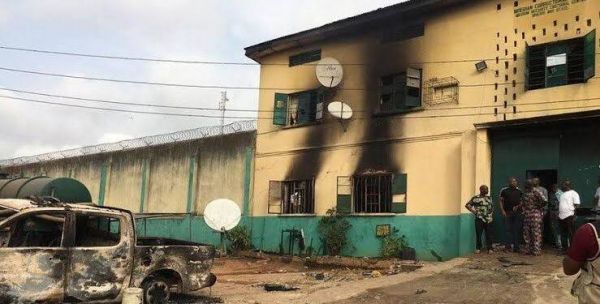 The gunmen invaded the facility around 5pm but security operatives were able to repel the attack.

“We are currently on top of the situation.”

Francis Enobore, public relations officer of the Nigerian Correctional Service (NCoS), said the invaders “engaged the armed squad personnel in a gun battle before breaking into the yard”.

“Although they gained entrance to the yard, they are however trapped within as men from sister security services were immediately mobilised to assist the armed guards to cordon the perimeter wall and the entire area,” Enobore said.

“Reinforcement from the response squad of the service has also been mobilised to the center.

“The situation is presently under control as the attackers firing power is being subdued by superior fire from a combined team of security agencies.”

This is the second time gunmen will be attacking the Jos prison this year.

In July 2021, the Plateau command of the NCoS said four inmates escaped from an attack on the correctional facility.