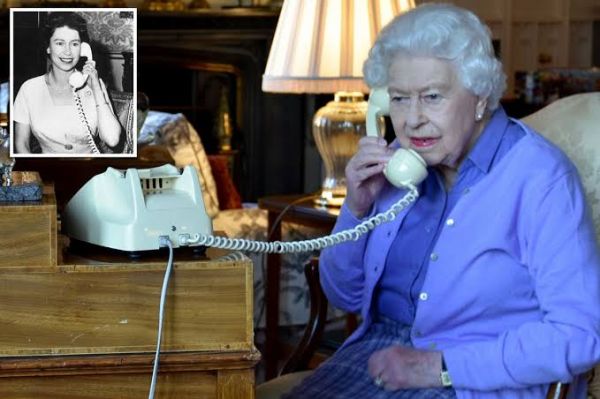 Queen Elizabeth II apparently only picks up her phone for two people.

Not only does the queen have a limited list of people she'll pick up the phone for, she also has a phone packed with "anti-hacker encryption," royal expert Jonathan Sacerdoti revealed during a recent episode of the "Royally Us" podcast.

"Apparently the Queen has two people who she speaks to the most on her phones, and she also apparently has a mobile phone, which is said to be [a] Samsung packed with anti-hacker encryption by MI6 so nobody can hack into her phone," Sacerdoti said.

"But the two people she phones the most is said to be her daughter Princess Anne and her racing manager John Warren. So this is apparently who can get through to the Queen from anywhere in the world if he calls, she answers," he said.

Warren is the son-in-law of Queen Elizabeth's friend, the late Earl of Carnarvon, according to Express.

Elizabeth is Britain’s longest-living and longest-reigning monarch. She is due to celebrate her Platinum Jubilee — marking 70 years on the throne — next year.

Concerns about the monarch’s health were raised last month, when she spent a night in a London hospital after being admitted for medical tests. In late October, palace officials said the monarch had been told by doctors to rest for two weeks and only take on light duties.

The queen recently returned to public duties, holding an in-person audience at Windsor Castle with the outgoing head of Britain’s armed forces.