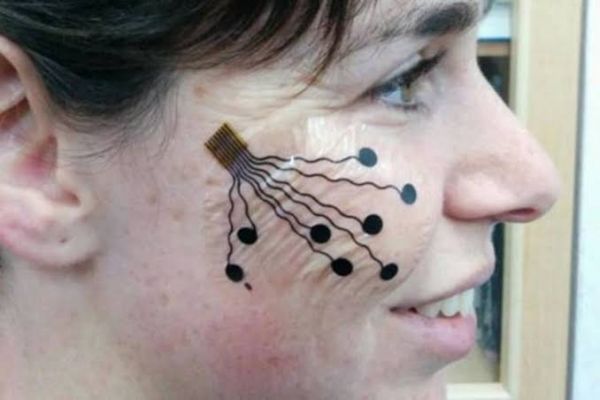 When it comes to telling when someone is lying, we currently have very few options, but a team of Israeli researchers claims to have come up with something better than anything we’ve seen before.

Using stickers printed on soft surfaces containing electrodes that monitor and measure the activity of muscles and nerves, a team of researchers led by Dino Levy from Tel Aviv University, discovered that some people involuntarily activate muscles in their cheeks and eyebrows when they lie. No sensors had been able to measure these subtle muscle contractions before, but the innovative ones invented by Yael Hanein and sold by Israeli company X-trodes proved sensitive enough. Tests revealed a 73% success rate of lie identification, better than any existing technology.

“Many studies have shown that it’s almost impossible for us to tell when someone is lying to us. Even experts, such as police interrogators, do only a little better than the rest of us,” Levy told Israel21.

“Existing lie detectors are so unreliable that their results are not admissible as evidence in courts of law – because just about anyone can learn how to control their pulse and deceive the machine. Consequently, there is a great need for a more accurate deception-identifying technology.”

Based on the assumption that facial muscles contort when we lie, Levy’s team attached the novel stickers to a number of test subjects’ cheeks and eyebrows, and made them sit across from each other while uttering a series of words, some true and some false. One of them wore headphones and had to repeat the words being told to them, only sometimes they had to lie. The person sitting on the other side had the difficult task of figuring out when they were being lied to. At some point, they changed roles.

As expected, study participants had a very tough time detecting their partners’ lies, at least with any statistical significance anyway. The electrical signals delivered by the electrodes attached to their faces, on the other hand, managed to catch lies at a rate of 73%, better than any other existing technology.

“In our study, we had the advantage of knowing what the participants heard through the headsets, and therefore also knowing when they were lying,” Levy said.

“Thus, using advanced machine learning techniques, we trained our program to identify lies based on EMG [electromyography] signals coming from the electrodes.”

Now, researchers are working on doing away with the electrodes and training AI algorithms to detect subtle muscle contractions simply by analyzing high-resolution camera footage. Once the lie detection rate grows enough, the technology could be used in police interrogations, at the airport, or in online job interviews, among other applications.

It’ll be interesting to see if some people will be able to control their facial muscles the same way they control their heart rate in order to trick conventional lie detectors.