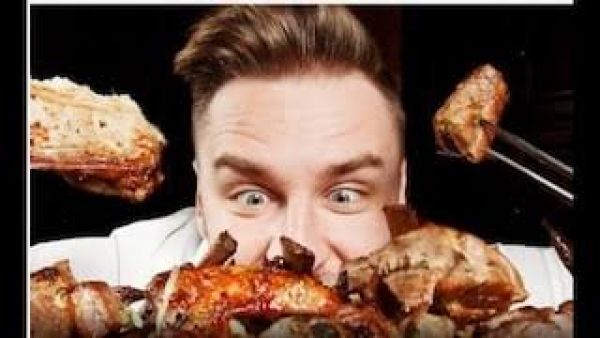 A Chinese man was banned from an all-you-can-eat buffet in Changsha for eating kilograms of pork and prawns on every visit, causing the business to lose too much money.

A food streamer known only as Kang told local reporters that he was banned from the Handadi Seafood BBQ Buffet in Changsha city simply because he can eat more than the average patron. He admitted that he ate around 1.5kg of pork trotters during his first visit to the restaurant and 3.5kg to 4kg of prawns on his second visit before getting banned, but considers that he is being discriminated against because of his healthy appetite. The owner of the restaurant obviously disagrees.

“I can eat a lot – is that a fault?” Kang rhetorically asked Hunan TV reporters during a recent interview, adding that he never wasted any food, he just ate a lot of it.

When confronted by local media, the owner of the establishment confirmed that Kang had been banned from eating at Handadi Seafood BBQ Buffet, because he simply ate too much.

“Every time he comes here, I lose a few hundred yuan,” the man said. “Even when he drinks soy milk, he can drink 20 or 30 bottles. When he eats the pork trotters, he consumes the whole tray of them. And for prawns, usually, people use tongs to pick them up, he uses a tray to take them all.”

Apparently, Kang is a “mukbang” streamer who keeps his viewers entertained by consuming large quantities of food on camera. After dealing with him, the owner of the all-you-can-eat buffer told reporters that he was banning all food streamers.

Kang’s story went viral in China last week, racking up over 250 million views on Weibo alone. The majority of viewers seem to side with Kang, arguing that if the restaurant can’t handle his appetite, it should stop functioning as an “all-you-can-eat” buffet.