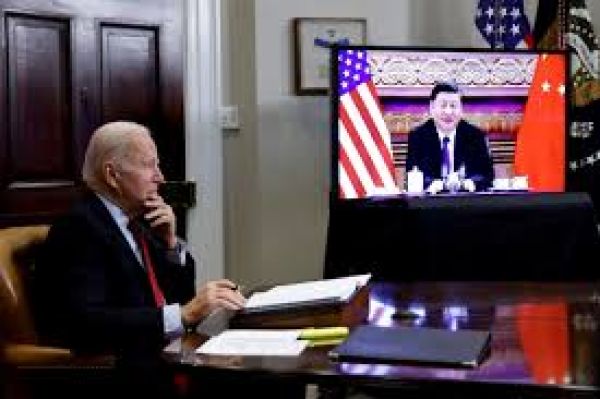 The White House said on Tuesday it would make 50 million barrels of oil available from the U.S. Strategic Petroleum Reserve as part of a coordinated effort with other major economies to help cool oil prices.

“The U.S. has the strongest economic recovery of any major economy. We are able to meet our economic challenges from a position of strength. Today’s multilateral action underscores @POTUS’s commitment to supporting an economic recovery that works for American families.”

“Today’s release from the Strategic Petroleum Reserve is an important policy band-aid for rising gas prices but does not solve for the self-inflicted wound that shortsighted energy policy is having on our nation. With an energy transition underway across the country, it is critical that Washington does not jeopardize America’s energy security in the near term and leave consumers vulnerable to rising prices. Historic inflation, taxes and the lack of a comprehensive all-of-the-above energy policy pose a clear and present threat to American’s economic and energy security that can no longer be ignored.

“I continue to call on President Biden to responsibly increase energy production here at home and to reverse course to allow the Keystone XL pipeline to be built.”

“President Biden’s policies are hiking inflation and energy prices for the American people. Tapping the Strategic Petroleum Reserve will not fix the problem. We are experiencing higher prices because the administration and Democrats in Congress are waging a war on American energy.

“President Biden has either eliminated or severely restricted access to America’s oil and natural gas resources on federal lands and waters. At the urging of Democrats and environmental activists the investment banking industry has also withheld capital from companies looking to produce U.S. oil and natural gas. Begging OPEC and Russia to increase production and now using the Strategic Petroleum Reserve are desperate attempts to address a Biden-caused disaster. They’re not substitutes for American energy production.”

“President Biden’s announcement is good news for American families and will strengthen our economy. Tapping the SPR will provide much-needed temporary relief at the pump and will signal to OPEC that they cannot recklessly manipulate supply to artificially inflate gas prices. Of course, the only long term solution to rising gas prices is to continue our march to eliminate our dependence on fossil fuels and create a robust green energy economy.”

“President Biden’s decision to tap America’s strategic reserves - which will release just 3 days’ worth of oil onto the market - is not about a real solution to our energy crisis. It is a crass political ploy just 3 days ahead of Thanksgiving.”

“This is an important move by the Biden Admin. As COVID-19 continues to impact our supply chains & OPEC members manipulate the markets, many of us urged this action, and I’m glad to see @POTUS use the strategic petroleum reserve to bring down prices for American consumers.”

“You don’t tap our emergency oil reserves because of stupid policies. Using SPR as the mechanism to alleviate the high gas prices, caused by the Biden Administration’s poor decision-making, is the wrong approach. We must resume using the resources we have, not doubling down on stupid and exacerbating a crisis with another bad policy.”DEMOCRATIC REPRESENTATIVE ANN KUSTER

“I’m glad to see @POTUS take this step to lower oil and gas prices as we head into the holidays. Global demand has been exceeding supply which has driven up prices, and the United States is working alongside other countries that are facing rising prices to lower costs.”

“We were energy independent one year ago, now we are at the mercy of OPEC, gasoline is selling for $7 in parts of California, going up all over the Country, and they are taking oil from our Strategic Reserves. Is this any way to run a Country?”

“America’s real strategic petroleum reserve is in places like the Permian Basin and the Gulf of Mexico. The Department of Energy’s reserve should only be used for supply disruptions. Instead of ineffectual band aids, the White House should focus on policies that will encourage domestic production of oil and natural gas. Rather, all the Administration has done is threaten energy production on federal lands, cancel pipelines and beg Saudi Arabia and Russia for more oil. It’s time to unleash America’s full potential to meet the world’s energy needs.”