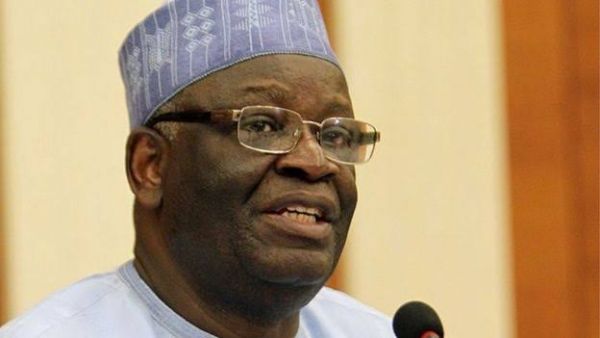 A popular coach, Vince Lombardi once said, leaders are made not born. Earlier, Bruce Fairchild Barton had stated that leaders are born, not made. What is fascinating about this Ilorin prince is that while he qualifies to be ranked in the category of born leaders, he also shares similar virtues with leaders who worked their way to the top. He made himself with a natural instinct for exuding his best socially, politically, economically and academically. He is a true combination of Lombardi and Bruce hybrid. Nigeria is lucky to have Gambari as part of the team sailing the ship of the nation.

Gambari was indeed the stabilizer needed to throw a wedge between feuding forces in the seat of power. According to Abubakar Umar Kyari, an Associate Professor of political sociology and dean of student’s affairs university of Abuja, Gambari was non-partisan, not reflecting the feuding groups but an astute believer of a united and virile Nigeria. He plunged his wealth of knowledge into the mills to deliver the country from the fringes in the area of paucity of funds, heated atmosphere within the corridors of power and nagging security malaise across the country. Therefore, looking at the economic situation of the country at the time he was appointed Chief of Staff, it is clear that nothing short of strategy was involved in the process of bringing him in. He has played excellent behind the scene roles in seeking support from his connections overseas to help further the developmental agenda of the President Muhammadu Buhari-led administration.

The roaring terror war that has ravaged parts of the country was part of the mission critical for Gambari to help address. He deployed his tentacles across the globe with empirical success as an avalanche of air force jets, sophisticated weapons/ammunitions descended to help the battle-weary armed forces suffering from drought of fighting equipment. His timely intervention greatly boosted the fight against terror and stepped-up morale of personnel to an all-high record. He has also greatly helped in the aspect of cleaning the cobwebs in Nigeria’s diplomatic imagery. He has engineered a successful appearance of Nigeria and Nigerians on the international scene using his wealth of experience, spread of friends and insight on quality approaches with the right people to throw weight of government in favor of their aspirations. Ngozi Okonjo-Iweala and Akinwumi Adesina were direct beneficiaries.

A diplomat and technocrat at the highest global bureaucracies, Gambari made it clear he would serve the presidency the best way he can and this statement set the tone as the man was not interested in any form of flamboyant disposition but service. He therefore ensured a clear direction and less drama at the highest office in Nigeria. He went about his business smoothly, noiselessly but with systematic efficiency. He managed Aso Rock with a mellow but endearing vibe, which has remarkably de-escalated the negative perceptions and induced heat at the corridors of power since he assumed office. Gambari is a definition of an excellent Chief of Staff who just takes notes, moves files, help with his global connections and shares his views with only the President. Gambari certainly understands the job specification of that exalted office which he now occupies.

Once after his appointment one year ago, Gambari told reporters that he would not carry on the business of managing the Villa like a headmaster. He insisted he would play by the rules to promote transparency and an open-door policy. These words have been put to action as the Villa gates are thrown open to all and sundry with issues to discuss with the president. Gone are the days where some governors are deliberately prevented from expressing their own narrative on a developing issue. Gambari may not be the ‘old Headmaster’ - he does not want to be - but he is the old class teacher who wants all his students to succeed – even the notoriously playful and selfish ones.

A look at his background, it is easy to locate his competence in governance and diplomatic engineering based on his multifaceted achievements within and outside Nigeria. It therefore suffices to say that Gambari came into national prominence in 1984 when General Muhammadu Buhari, then as Nigeria’s Head of State appointed him Minister for External Affairs. But before this period, he had stamped his seal of excellence and an ineradicable impact on education in Nigeria and the world. It is fitting, for instance, that soon after his secondary education at the prestigious King's College, Lagos and a B. Sc. (Economics) degree (1968) with specialization in International Relations from the London School of Economics, he chose teaching as a career. In 1969 he started teaching at City University of New York before working at University of Albany. Later, he taught at Ahmadu Bello University, in Zaria, Kaduna State. Up till this day, the spread of knowledge remains the greatest passion of his life. The endless list of his students in high places is a clear testimony to the legendary teacher that Gambari is and which many continue to acknowledge about him to date.

These were assignments for which Gambari had early preparation in his career. As Minister for External Affairs (1984-1985), he had acquired a reputation as a skillful negotiator, and promoter of Nigeria's interests, especially in the area of the country's foreign policy in Africa. He was at the forefront of Nigeria's negotiation of broad-based support for the liberation movements in Southern and Central Africa, and a respected spokesperson against apartheid rule in South Africa.

Looking at Gambari’s impressive record of service on the world stage, it is easy to see how his personality as a teacher and diplomat, his preparation, perception, and personal convictions, the people he inspires and how he does that, the people around him, and the path he chooses to lead the people have combined to make him the man for all seasons!

Born on 24 November 1944 in Ilorin, Kwara State to the Fulani ruling family, he is a passionate and detribalised leader. Gambari who holds the national honour of Commander of the order of the Federal Republic (CFR) is a pragmatist, caring and happy family man who is living his life to the fullest. He dresses modestly and well, enjoys good conversation and loves his boss and country beyond doubt. He is a charming personality who manages at every turn, to win the respect of even his ardent critics. As he turns 77 years today, here is a happy birthday wish to Ibrahim Agboola Gambari, the man for all seasons!

* Yahaya, a Professor of Agricultural Extension and Development Communication at the University of Ibadan, is a former Secretary to Niger State Government