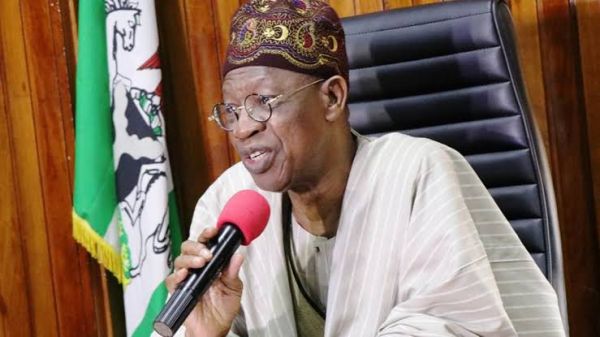 Federal government on Tuesday rejected a judicial report that described the killing of peaceful protesters in Lagos in October 2020 as a massacre, saying it was strewn with errors and its conclusions were not backed up by evidence.

The leaked report into the incident seen by Reuters said the Nigerian Army fired live rounds at peaceful, unarmed protesters at the Lekki Toll Gate in Lagos last year. It said most of the army officers deployed to the Toll Gate were "not fit and proper to serve" and recommended prosecuting certain policemen for their actions.

The military and police have previously denied firing live rounds.

Information Minister Lai Mohammed told reporters in Abuja that the panel had submitted a report laden with allegations, adding the report "is riddled by many errors, discrepancies. Its conclusion is not supported by evidence."

The report identified 48 "casualties", including 11 killed, four missing and presumed dead and multiple people who suffered gunshot wounds. It added that nearly 100 other unidentified corpses in Lagos state could also be linked to the incident.

The judicial panel that investigated the incident, as well as abuses by the now-abolished Special Anti-Robbery Squad (SARS) police division, released the reportto the Lagos state government this month, but it was not immediately made public.

President Muhammadu Buhari has said that the federal government will wait for pronouncements from state governments which set up the probe panels before deciding what action to take.

The shootings ended weeks of nationwide protests against police brutality and sparked the worst civil unrest in Nigeria since the return to civilian rule in 1999.

In the aftermath, rights groups accused security forces of a cover-up and depicted a pattern of intimidation of those who took part in the protests, including threats, detentions and asset freezes.