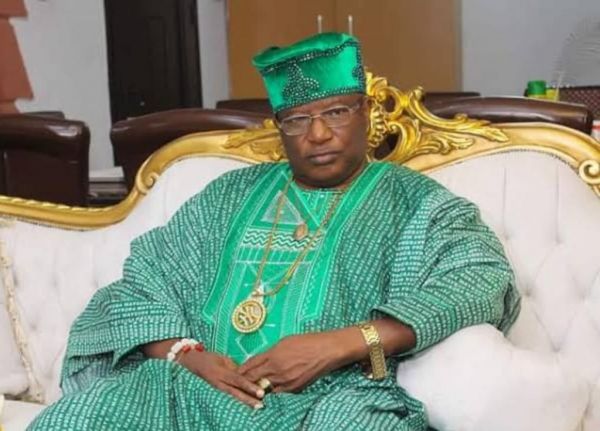 Osun State Commissioner of Police, Wale Olokode, on Monday said one of the suspects held in connection with the death of Timothy Adegoke, a Masters student of Obafemi Awolowo University, Ile-Ife, had confessed that son of the owner of Hiltons Hotels and Resorts, Ile-Ife, Roheem Adedoyin, arranged how the corpse was evacuated and taken to the bush.

The police boss said Roheem, who is the Managing Director of the hotel where the late Adegoke reportedly died, organised how the corpse was evacuated from the facility and buried without informing the police.

Featuring on a radio programme, ‘Frank Talk’ monitored on Rave FM, Osogbo, Olokode, however said Roheem is on the run, adding that in the course of police investigation into the matter, detectives were able to discover where the corpse was buried.

He said, “One of the suspects confessed that the MD is the son of Ramon Adedoyin, his name is Roheem Adedoyin who is now at large. He also confessed that he (Roheem) organised the corpse to be thrown into a bush. The MD along with two managers took the corpse to the bush.

“None of the staff members informed the police. It was the report of the missing person that made the anti-kidnapping team who then discovered through their meticulous investigation and traced the so-called missing person to that hotel and then traced the corpse, where it was found.”

Olokode also denied knowledge of the audio recording by Adedoyin where he pleaded his innocence while in police custody, and assured stakeholders the autopsy’s report will guide the police in their investigation.

Meanwhile, at the commencement of the autopsy at Osun State University Teaching Hospital, Osogbo, the remains of Adegoke packed in a body bag was brought out of the morgue and taken out in an ambulance to Radiation Room, where x-ray was done.

The body was later returned to the mortuary around 12.55pm, as a team of pathologists commenced the post-mortem, after they have analysed the clothing that the deceased wore last before his death.

The four hour-procedure that was witnessed by representatives of all the parties in the matter, according to Naim Adekilekun, the counsel to the family of the late Adegoke, started around 2.30pm and ended by 6.30pm.

Meanwhile, family members of late Adegoke have asked the police to explain their role in the reported preferential treatment being accorded owner of the hotels, Ramon Adedoyin, in their custody.

Adekilekun, who made the demand while addressing journalists at the premises of the Osun State University Teaching Hospital, Osogbo, on Monday, said the police must assure all concerned that justice would be served.

He also demanded an inquiry into the circumstances that led to the production of an audio by Adedoyin, where he denied involvement in the death of the late Adegoke, despite claim by the police that he was in their custody.

His statement read in parts, “The police need to clear the air on the reported preferential and VIP treatments being accorded the owner of the hotel, Rahman Adedoyin.

“This is already in the public domain and for the sake of fairness and an assurance of justice, the police need to speak up on this.

“We have also watched with dismay, the various attempts to confuse members of the public with endless statements bordering on the ‘innocence’ of the chairman and founder of the hotel, Rahman Adedoyin.

“We would rather prefer that all the suspects await their days in court to prove their innocence instead of the resort to the use of the media to appeal to sentiments.”