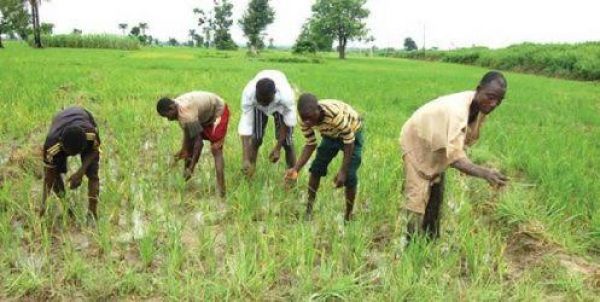 Rice farmers in Dakasoye settlement of Garun Malam local government area of Kano State have said they recorded bumper harvest despite the shortage of rain in the 2021 season.

Speaking with our correspondent at Garun Malam, they said this was made possible through their use of improved seedlings.

The farmers said the seedlings had boosted their production by about 25 per cent.

Iliyasu Garba said he was among the few farmers that resisted the improved seedlings when it was introduced to them through Kano Rural Development Authority (KNARDA).

Garba explained that following massive awareness and training, he decided to try the seedlings during the 2021 rainy season and the experience was amazing.

“I used to work on one hectare of land and produce about 15 to 20 bags of rice, but this year, I farmed the same hectare and harvested 25 bags,” he said.

Muhammed Rashid, another large-scale farmer, said the intervention had exposed him to extensive commercial farming.

Rashid said that using the improved seedlings was cost-effective and easier than using traditional seedlings.

Another rice and maize farmer at Samawa settlement, Murtala Idris said when he accepted the seedlings; other farmers he invited to test it were describing him as mad.

“I used to harvest 50 bags of rice but this year when I tried the improved seedlings, I got about 70 bags so far,” Idris said.

He appealed to farmers in the state to adopt the use of improved seedlings, in order to have a multiple harvest and reduce cost of production.

The Sasakawa Africa Association through the KNARDA introduced the improved seedlings to the farmers.

The introduction of the seedlings by KNARDA was aimed at boosting agricultural production and improving crop value chains, under the Kano State Agro Pastoral Development Project (KSADP), which began in 2020.

The five-year project is a partnership of the Islamic Development Bank, Lives and Livelihood and the KNARDA, executed by Sasakawa Africa Association.