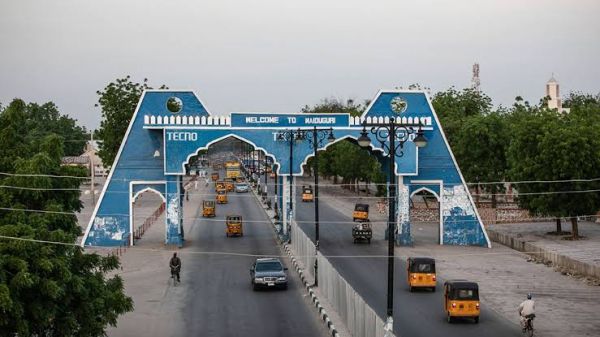 A whirring machine churns out prints at the Gaza Printing Press in the northeastern Nigerian city of Maiduguri while owner Garba Zango supervises. The copies are perfect, but his costs have lately gone through the roof.

The past 10 months have been the toughest of Zango's nearly 50-year career as his city of 800,000 struggles without power from the national grid.

"Every aspect of life - everything - has changed in Maiduguri," Zango, 66, said. "If we were getting 10 naira profit (per unit before), profits have now fallen to 2 or 3 naira."

Maiduguri is the capital of Borno state, the epicentre of Nigeria's 12-year battle against Islamist militants who in January bombed transmission lines, cutting the city's power and stifling efforts to rebuild its economy.

"You have a city that is trying to recover...This has now thrown a spanner in the works," Institute for Security Studies researcher Teniola Tayo said.

Electricity access is a problem across Nigeria due to poor infrastructure despite the oil wealth that makes it Africa's biggest energy producer, but virtually all cities have at least intermittent grid power. Maiduguri residents told Reuters they had never gone without it for so long until now.

Workers immediately fixed the transmission lines, but militants destroyed them within 48 hours. In February, a repair vehicle hit an improvised explosive device, killing one soldier and injuring three workers.

The destruction left residents sweltering indoors and reliant on expensive, polluting diesel generators to do business.

Borno state police commissioner Abdu Umar said officers had removed explosive devices from roads to help improve security, which would enable repairs. "There is nothing that will deter us from securing lives and properties," he said.

Nigerian oil company NNPC pledged in August to build a 50 megawatt, gas-fired power plant in Maiduguri to cut its reliance on transmission lines. But the timeline for both the plant and transmission line repairs remains unclear.

Even where demand thrives, some businesses flounder.

Ice seller Ahmed Yusuf can only run four of his 40 freezers and had to cut his 300 employees to 50 amid a near-doubling in diesel costs. "We have collapsed financially," he said.

The problem is stifling Maiduguri's economy, which itself is key to the broader economy surrounding Lake Chad, which straddles the Nigerian-Chadian border.

Tayo warned that citizens who cannot make a living legitimately are more easily lured into selling information or supporting militants who roam just outside Maiduguri.

"If there are not sufficient ways to earn an income, those kinds of actions will be more attractive," she said.

At his printing press, Zango is determined to continue. But with rising fuel prices, it's getting tougher. "A lot of my money goes to fuel," he said. "It can't continue."