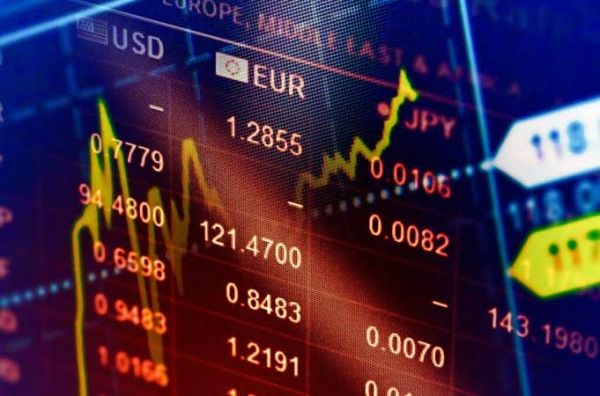 The problem with quantitative easing (QE), quipped then-US Federal Reserve Chair Ben Bernanke in 2014 about the Fed’s bond-buying program, “is it works in practice but it doesn’t work in theory.” One could say the same about macroeconomic policy in general, in the sense that there is no robust theory behind it. Governments routinely “stimulate” the economy to “fight” unemployment, but with a theory that denies there is any unemployment to fight.

Mathematical refinement aside, economics has returned to what it was a century ago: the study of the allocation of given resources, plus the quantity theory of money. Macroeconomics – the theory of output as a whole, which was invented by John Maynard Keynes – has virtually disappeared.

For example, what causes unemployment? The standard textbook answer is “downward wage rigidity.” A hairdresser who asks for a wage of $14 per hour, but who can be profitably employed only at $13 per hour, is choosing not to be employed. That choice is thus voluntary, reflecting a preference for leisure, or a decision not to be a hairdresser. The same is true of all workers in an economy. On this view, what is called unemployment is a choice not to work.

The key assumption here is that everyone optimizes: they choose the best available option for themselves. Work is always available at some price. Therefore, unemployment is optimal for the unemployed. Given the assumption, the logic is unassailable.

So, if the government expands the money supply in an effort to increase employment, the only result will be inflation, because monetary expansion does nothing to increase the supply of labor willing to work. Monetary policy should thus concern itself solely with the objective of price stability, which is best entrusted to an independent central bank free from political temptation.

Most sensible economists have quailed before the logic of their own assumptions. Thus, in their recent textbook Macroeconomics, MIT’s Daron Acemoglu, Harvard University’s David Laibson, and the University of Chicago’s John List identify three categories of “non-voluntary” unemployment: frictional, structural, and cyclical. Frictional unemployment arises because job searches take time. Structural unemployment arises because wage rigidities prevent the quantity of labor demanded from matching the quantity supplied. Cyclical – or short-run – unemployment occurs because of “technology shocks, changing sentiments, and monetary/financial factors,” and is “amplified by downward wage rigidity and multipliers.”

The multiplier, a neat formula for calculating the amplified effect of any upward or downward change in spending, is the one piece of macroeconomic machinery that has survived the death of Keynesian demand-management policies. Even this tool had largely fallen into disuse – multipliers were assumed to be zero – before the 2008-09 financial and economic shock revived it.

Modern economic theory holds that obstacles to full employment are not inherent but contingent. Thus, they can be minimized by labor-market reforms designed to “unstick” sticky wages, and by better regulation of banks. In a cyclical downturn – a state of disequilibrium – most economists now grudgingly allow that expansionary policy can increase the short-run demand for labor even at the prevailing wage rate. This was the contribution of Keynes. As the Nobel laureate economist Robert Lucas remarked in 2009, “I guess everyone is a Keynesian in the foxhole.”

As Lucas’s formulation suggests, macroeconomic policy nowadays is reserved for shocks. But because there is no model of shocks – which are unexpected by definition – stimulus policies are theory-free.

Such policies can be either monetary or fiscal. Central banks can increase the supply of money to private firms to boost their incentive to hire more workers, or governments can run budget deficits. “Monetarist Keynesianism” (in the form of QE) was the main response to the Great Recession of 2008-09. This is what Bernanke said worked in practice, but not in theory. In fact, it didn’t work in practice, either.

Champions of QE argue that things would have been even worse without it. That is impossible to prove or disprove. The fact remains that recovery from the 2008-09 financial shock was far from complete when the new COVID-19 shock occurred in 2020, because a lot of QE money was hoarded, not spent.

The COVID-19 pandemic impelled governments to fall back on “fiscal Keynesianism,” because there was no way that just increasing the quantity of money could lead to the reopening of businesses that were prevented by law from doing so. Fiscal Keynesianism in the big lockdown meant issuing Treasury payments to people prevented from working.

But now that the economy has reopened, the practical rationale for monetary and fiscal expansion has disappeared. Mainstream financial commentators believe the economy will bounce back as if nothing had happened. After all, economies fall into foxholes no more often than individuals normally do. So, the time has come to tighten both monetary and fiscal policy, because continued expansion of either or both will lead only to a “surge in inflation.” We can all breathe a sigh of relief; the trauma is over, and normal life without unemployment will resume.

The relationship between theory and practice is thus not as Bernanke saw it. Monetary policy works in theory but not in practice; fiscal policy works in practice but not in theory. Fiscal Keynesianism is still a policy in search of a theory. Acemoglu, Laibson, and List supply a piece of the missing theory when they note that shocks are “hard to predict.” Keynes would have said they are impossible to predict, which is why he rejected the standard view that economies are cyclically stable in the absence of shocks (which is as useless as saying that leaves don’t flutter in the absence of wind).

The supply and demand models that first-year economics students are taught can illuminate the equilibrium path of the hairdressing industry but not of the economy as a whole. Macroeconomics is the child of uncertainty. Unless economists recognize the existence of inescapable uncertainty, there can be no macroeconomic theory, only prudential responses to emergencies.