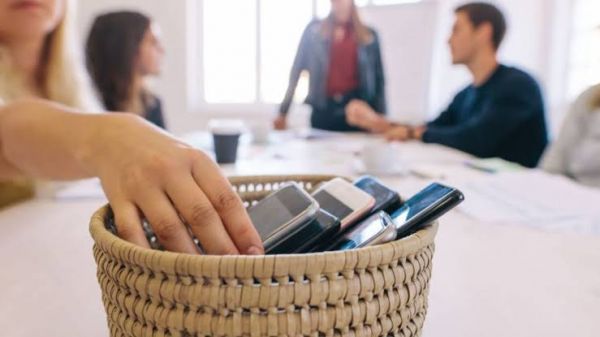 Patrick Winston knew how to speak. But his even greater skill was getting others to listen.

Earlier this year, I came across a lecture by former MIT professor Patrick Winston called "How to Speak." The lecture was posted on YouTube a few months after Winston's death in 2019, and has since been viewed over 4.7 million times.

Winston, who taught at MIT for almost 50 years and was one of the school's most beloved professors, knew how to captivate an audience. His style isn't flashy, but it is extremely compelling--even more noteworthy when you consider he worked in the technical field of artificial intelligence.

If you watch the full lecture, and I highly recommend you do, you'll learn some invaluable tips that will make you not only a better speaker, but a better communicator. However, you'll also discover a priceless gem in the first five minutes of the talk, when Winston describes what he calls, the "rule of engagement." It's a simple, non-negotiable policy, and it's only five words long.

Winston's rule: When someone else is speaking:

"No laptops. No cell phones."

Although simple, this is a rule that almost no one today follows, and that makes it extremely valuable. Winston's rule of engagement is also a perfect example of emotional intelligence in real life: the ability to make emotions work for you, instead of against you.

How the 'Rule of Engagement' makes you a better listener

Winston goes on to explain the reasoning behind his rule of engagement.

"Some people ask why [no laptops no cell phones] is a rule of engagement," says Winston. "The answer is, we humans only have one language processor," explains Winston. "And if your language processor is engaged...you're distracted. And worse yet, you distract all of the people around you, studies have shown that."

"And worse yet, if I see an open laptop, somewhere back there, or up here, it drives me nuts!"

Winston is right, of course. Back in the 1950s, psychologist Donald Broadbent proved a similar point by setting up subjects with headphones that were putting out two different messages at the same time, one to each ear. Afterwards, Broadbent tested the subjects on their ability to retain the information.

We can only listen to one voice at a time.

But how can the "no laptops, no cell phones" rule of engagement help you and your organization?

Nowadays, people are accustomed to respond to electronic messages immediately, and there's some good to that. When you respond quickly to others' messages, you provide information they need to move their work forward. Additionally, you show that you value them.

However, in your efforts to respond quickly, you might also be making a big mistake. By constantly checking your phone, even when you're in a meeting or conversation with others, you leave your conversation partner feeling that you aren't really "present"--and that you doesn't care about them or the conversation.

Additionally, just think of all the lost time in meetings in which someone repeats something that's already said, or goes off on a tangent because they were distracted and missed a key point.

True listening and collaboration require complete attention. And if you're speaking with another person, that person thought you were important enough to give you their time and attention.

Why not return the honor?

In fact, because so many people are in the constant habit of checking phones, imagine what happens when someone comes to you and you ask them for a second to put your phone away or put it on silent so you can focus on them.

That gesture alone will signal how important they are to you.

You should also consider a "no phone" rule for specific times or places. No additional devices for collaboration meetings, for example. Or, certain meetings (or parts of meetings) where all devices are put away.

You'd be surprised at the positive benefits these actions reap--and the depth and quality it adds to your relationships.

So, if you'd like to increase the quality of your meetings, conversations, and even your relationships, take a page out of Patrick Winston's playbook:

No cell phones, no laptops.

Because you can only listen to one voice at a time.