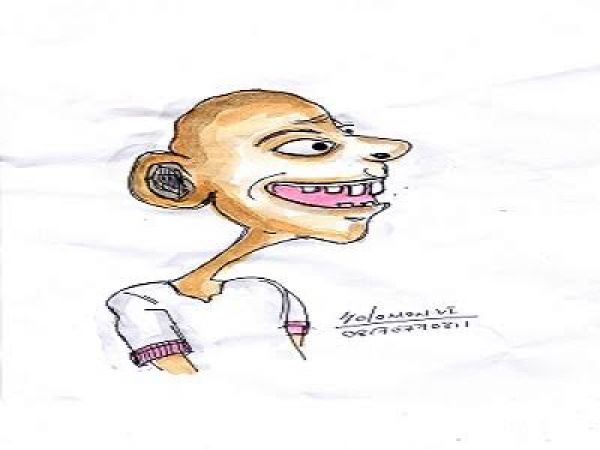 Wonders will never cease in this wonderful land. Reality keeps trumping fiction. The magic of America wonder is a very poor copy of real Nigeriana. Why read fiction when the real stuff, hot and unadulterated, keeps popping up everywhere?

Who would have thought that after the scandal of snakes, monkeys and baboons swallowing money, a federal department would actually go ahead to budget a whopping thirty nine million to combat snakes, monkeys and other extra-terrestrial terrorists? O ti sumi patapata, your worship.

In his preface to his only novel ever published, titled A Man Without Qualities, Robert Musil, the great German novelist, noted that his novel would not attempt to enter into any competition with reality. It is a very dangerous and precarious thing to do in a society that has itself become the stuff of outlandish fiction.

As it should be expected, Okon, the eternally loony chap, has been cottoning in on the latest outlandish developments in the land, exploring and exploiting their contradictory crevices for his perennial money-making scams. When it comes to thinking on his feet and working out the crude econometrics of the moment, the mad boy seems to be marked by genius.

The previous day, the crazy chap barged into the room with a collection of ancient catapults and what looked like a crudely improvised surface to air missile which he slung across his shoulders even as he beamed a satanic smile.

“Okon, what is the meaning of this nonsense?” an irritated snooper demanded in suppressed alarm.

“Ha, oga no be nonsense at all. I fit bring down any yeye plane now. I wan make dem military boys bring dem dollar come negotiate as dem do with dem Zamfara bandits. Otherwise, Anieke dem iron bird go fall from sky”, the mad boy chortled after which he commenced a vigorous war dance reminiscent of Tigrayan rebels.

“Not on your life!” yours sincerely screamed as one drove the crazy chap out of the room. Unknown to one, the crazy boy had been erecting no-fly-zone stumps around the house. But his luck ran out when he was apprehended by a police patrol unit led by a bluff rotund sergeant with a hint of affable criminality and who seemed to be carrying a ten-month old pregnancy.

“You see now? You see how wetin cobra go eat, he come meet am inside him hole? Dis one you don do you fit spend all your life for jail “, he rogue sergeant growled as he rubbed his palms together in a sinister relish.

“Wetin I do you now? “ Okon snapped as he was being manhandled by the cops.

“You still get mouth talk nonsense? Abi your mama juju don miscarry? Na treason you don commit with anti-state akitifity”, the rotund sergeant shouted as if he was reading from a charge sheet.

“I no dey do dem anti-state. Na dem Ambazona and Egbesu boys be dat. Na only interstate I dey do and dat one be when I reach Itigidi from Afikpo Junction”, Okon groaned under heavy physical restraint.

“Shut up!!! If I slap you with this right hand, you go dey see ya mama’s grandfather. Is that why you dey erect no-fly zone? You wan kill dem baba for Abuja? You wan shoot down Olori Oko him plane?” the sergeant screamed at Okon.

“Baba na my job I dey do”, Okon responded unfazed.

“Omo oloriburuku wetin be your job?” the rotund cop demanded.

“You know say I be cook and my office na kitchen”, Okon crowed sensing imminent victory.

“Hen, hen, if you be cook nko? Na you go be the first cook?” the sergeant shouted.

“So na dem fly, dem mosquitos, dem tsetse fly and dem flying insects I dey warn make dem no come near kitchen make dem no come spoil business for Okon. Abi I do wrong?” the mad boy crooned with triumphant relish. Deflated beyond description, the porky sergeant stood transfixed on the spot like the effigy of a misbegotten crusader.

“Oya make we go. Dis one no be easy food   Na kukuruku rogue and he be like if say him head dey do skein-skein. Na dat crazy baba lawyer from Ibadan who dey train am and dat one he get brain pass dem FRA and dem Richard put together pass”, the rogue sergeant rued as the patrol team disappeared into a dark alley.