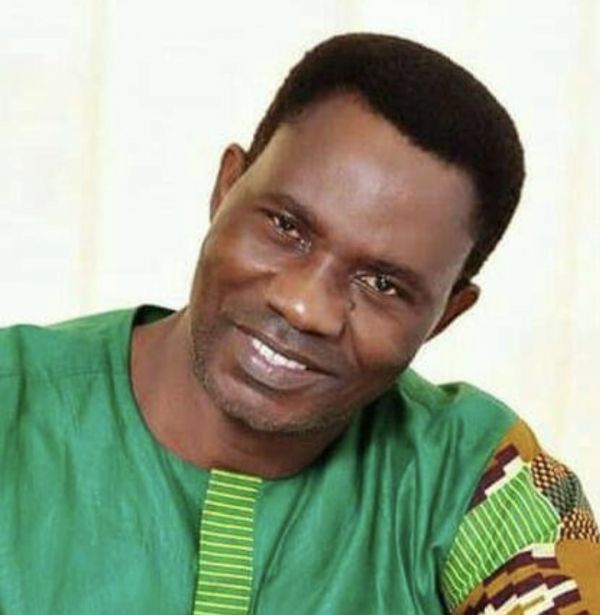 While thinkers and strategic planners seem to be in the works to address the issue of increasing number of unmarried women because men are grossly in short supply, some women are sending their husbands to early grave on account of rivalry and infidelity.

The reported cases of spousal murder which became rampart in Nigeria a few years ago, a resurgence appears to be horizon again. In recent months, the figure is rising daily; and the dastardly act can only be stopped through tougher and possibly capital punishment for the offenders.

Last weekend, a junior wife was reported to have stabbed her husband to death because the deceased allegedly caught her with another man in their matrimonial bed. It was reported that the deceased held the lover boy tightly from escaping but the wife, desperate to save face and free her lover, was said to have stabbed her husband twice in his stomach to allow her lover to escape. Unfortunately the husband died before help could come his way. The incident took place at 3am last week Sunday.

The murder suspect is said to be the second wife. The late husband, according to reports, separated his two wives with each of them living far apart from the other at different locations within Jattu, Etsako West local council area of Edo State. He did that to ensure peace in his marital life. The younger wife who killed him thought he was not coming home that fateful night thinking he would pass the night with the first wife. Only God knows why the man decided to return home at 3am to meet the shock of his life which eventually terminated his life prematurely.

A similar incident happened in Ikorodu area of Lagos State in which a woman, in the fit of anger, stabbed her husband to death over what she claimed to be an act of infidelity. She alleged that her husband was dating another woman and because she disliked double deal in her marital relationship, she said though she didn't mean to kill her husband but to scare him and probably make him confess, apologise and desist from the act. But unfortunately, the man bled to death before he could be rushed to the hospital. As you read this column, her case is still in court while she is being reminded in prison custody. She has since regretted her action while her two children are left in care of her neighbours.

Previously, we had been inundated with scary tales of spousal murders in the media. The dastardly act cut across every strata of the society. The rich, the poor, the educated and the illiterate are involved in the homicidal crime. It is a violent reaction from emotional outburst that could not be tamed. It has earned some perpetrators death sentences while the lucky ones got life jail terms in the court of law.

In the past, the phenomenon of spousal murder is largely alien to our society. In advanced countries, the United States and United Kingdom in particular, it has been a major problem. Reported cases of the wife cutting off her husband's genitals while he slept; that of a woman who poured boiling water on her husband while asleep; those who attacked their men with acid, poison and the worse of all organized murder through hired killers dominate their social space.

Men are not the only victims of spousal murder cases, but recent data showed a decline in cases involving men as killers. Most of such men killed through gunshots, strangulation and hard beating. As gruesome as spousal murder is, the guts and brazen effrontery to execute the heinous homicide is satanic. It is the maddening height of fury that becloud their sense of humanity and sanity. Killing fellow beings is so despicable that I cannot believe that human life can cheaply lose value like we currently experience it in Nigeria.

Beyond the organised crimes of banditry, kidnapping and terrorism as witnessed in recent times, genocidal attacks by foreign mercenaries with their internal collaborators had further devalued human life as there's no single day in the last four years without bloodshed thereby turning Nigeria to a killing field. Adding domestic violence and civil strife that claim life on daily basis to the established crime which a pressure group in the United States tagged "State sponsored terrorism", society needs help.

I have written in the past to address some knotty marital issues that do result in the untimely and painful death of many spouses. Initially, only women were usually the victims of domestic violence. Somewhat, the hunter has now become the hunted as wives now do hack their husbands to death in the course of fighting or as reprisals.

Our media is daily being inundated with sour news of one form of spousal death or the other. Since the June 24, 2011 case of Akolade Arowolo who stabbed his banker wife, Titilayo, to death, over a score of such dastardly spousal murder cases had been reported. This is aside the unknown or covered-up cases especially in the remote places. An autopsy report revealed Titilayo was stabbed 76 times. However, the culprit did not escape the full weight of the law. He was sentenced to death February 21, 2014.

The new lethal fad these days seems to be spousal killings perpetrated by the wives. The Nigerian Police confirmed the arrest of Maryam Sanda for stabbing her husband Bilyaminu Haliru Bello to death in 2018. Reports claimed she killed her husband by stabbing him multiple times after seeing text messages in his phone which suggested that he was engaged in an extra-marital affair.

Also, there's the case of a lawyer, Mrs Udeme Odibi, who, after stabbing her husband to death in his sleep, cut his genitals and placed them in his right hand while his stomach ripped open with the intestines spilling out. These are just a tip of the soaring cases of spousal murders dotting our marital landscape these days.

I keep wondering what usually go wrong in loving, sweet, and honey-like affairs that now end in tragedies. Does it mean that sweet words and ecstatic moments of romance are superficial? Despite costly wedding ceremonies, how come this sad end? I hereby offer a four-prong suggestions as a way to stem this mournful scourge:

i. The parental roles must be reactivated right from the platonic (nonsexual) friendship level as parents must care to know who their children are moving with. In the ages past, parents often determine which families their children would marry from. Customarily, they will investigate the would-be in-laws' lineage to know if there's any illness, mental case, premature death, poverty, bareness, marital failure, spiritual issue or social stigma that was common in the family. More often than not, children rarely reject the choices of their parents because they knew parental decisions were in their best interest. Virtually all the marriages midwifed by parental arrangements in that era endured. Despite challenges, the marriages survived the odds because the parents were the ‘sureties' and arbiters at every point of need or crisis. Respect for parents, desired to be responsible couples, fear of stigma in case of divorce, protection of children and family names or reputation were pivotal to the success of marriages at that time. Regrettably though, Titilayo's father, Oyakhire confessed that the Arowolos' marriage had been characterised by violence and abuse but he never envisaged it will end in the death of his daughter. Keeping people together in hostile relationships or marriages will ultimately end in regret. Parents must get involved henceforth!

ii. The Church or religious leaders must find a solution to these murderous tendencies in the society. I want to suggest that fathers of faith should replicate what the Apostles did in Jerusalem (Acts 15) when they met to resolve the doctrinal issues bothering on circumcision. As Holy Spirit-filled oracles of God, decisions should be reached as to how long warring or violent partners should stay together to avoid untimely deaths. Pretending not to allow separation in the name of being sanctimonious is an act of cowardice. Couples that die during assaults or physical combats might not make heaven because they die in bitterness and wrong frame of mind.

iii. The society should stop stigmatizing separated or single parents. This wrong perception do ‘force' couples to remain in abusive or acrimonious relationships. Neighbours and people around disputing couples should please wade in quickly to avoid stories that touch the heart. For instance, before Odibi stabbed her husband to death, her neighbours confirmed that Mr. Odibi had earlier alerted his friends and his mother that his wife threatened to kill him which eventually happened. Police should have been invited immediately Odibi raised the alarm. Perhaps the story would have been different today. Please let's be our brothers and sisters' keepers.

iv. Disputing couples should seek help from relationship counselors. Family and friends should encourage them to do so in order to salvage the families in crises and thereby stop the mournful incidents of spousal murders in our society.

• West wrote via This email address is being protected from spambots. You need JavaScript enabled to view it.