Musk, Bezos, Gates, and Buffet had this when they were young 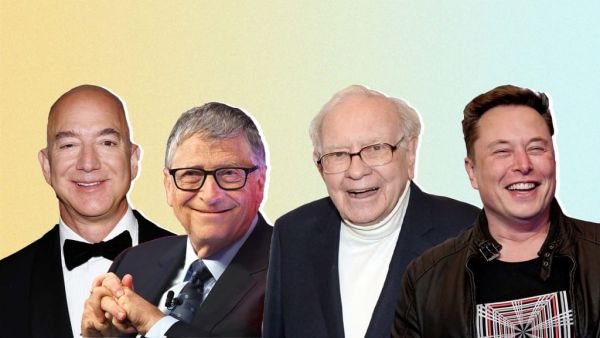 It's surprising that so many self-made billionaires share the same characteristic.

Much has been written about the success secrets of billionaires. They work hard, work long hours, take risks, get up before the crack of dawn, etc., etc. However, as good as that advice might be, there are plenty of folk who work hard and long but are barely surviving.

So what, then, is the root of the success of these admittedly unusual business people. Well, it turns out they all came from what any reasonable person would identify as highly privileged backgrounds.

Elon Musk's father owned a profitable emerald mine and was a rich property developer in South Africa. Jeff Bezos's parents fronted him $300,000 to start his business. Bill Gates's parent were wealthy and had strong connections to IBM. Buffett's father was a highly-successful investor and four-time congressman.

These guys obviously played their cards well, but they were dealt a very strong hand to begin with, and were lucky when they drew new cards, probably because the deck they were playing with was already stacked in their favor.

This is not cast shade; it's just to recognize that "self-made" isn't really an accurate description.

The vanity of the self-made billionaire myth wouldn't matter, except that it fosters the unhelpful belief that anybody can become rich if they work hard enough. In fact, nobody works harder than a poor person who has access to few resources.

The self-made myths also encourages the public to think that billionaires "deserve" to have more money than they could possibly spend and enjoy tax laws that guarantee their wealth will continue to increase, when 14 million children in the U.S. are food-deprived.

Look, entrepreneurism is great, but it's no solution for poverty. Entrepreneurism is a path forward for those of us fortunate enough to come from a background that can supply the support to build the skills and capital needed to start a business.

Are there some dirt poor people who've been successful and even wealthy? Sure, but such examples are by definition exceptional.

If you're a successful entrepreneur, take pride in your accomplishment, but don't turn your success into to a club with which to batter those less fortunate. It's not a good look; it makes you look small and petty. And stop with the "self-made." It's BS and you know it.