In the 1960s, Nigeria led the world in export of groundnuts, palm-oil, others. Now, Nigeria’s share of world exports in these crops is zero. Here’s why - and it isn’t crude oil 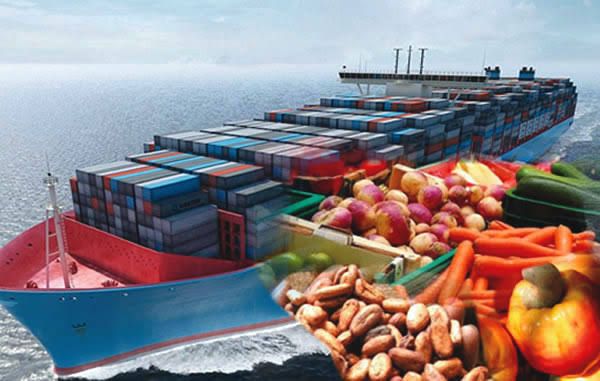 Between 1956 and 1967, groundnut was one of Nigeria’s most valuable export crops. There were groundnut pyramids in Kano by 1960; Nigeria was the world’s largest exporter of shelled groundnuts, with a 40% global market share.

Why did the groundnut pyramid disappear from Nigeria? Sure there was the Aflatoxin contamination that affected the groundnut exports. Why could the Northern region not just fumigate and fix the contamination? Why did it just allow exports of this cash crop to cease?

The story is similar in Palm Oil. In the year 2020, Indonesia made $18.45 billion from exporting palm oil. This is more than the entire 2020 budgets of the states in the South-East, South-South, Lagos, and Ondo combined. A Center for International Forestry research paper dated 2017 and titled “A short history of palm oil in Indonesia,” authored by Alice Baudoin, Pierre-Marie Bosc, Cécile Bessou, and Patrice Levang, states “the African oil palm, Elæis guineensis, originates from West and Central Africa. The first seeds of the oil palm were brought from West Africa by the Dutch and planted in the Bogor Botanical Garden (Java Island) Indonesia in 1848 (Wahid et al. 2004)”.

In 1832, 75% of the global palm oil export came from Nigeria. Between 1961 and 1965, world oil palm production was 1.5 million tons, with Nigeria accounting for 43% of that production. According to a report by PWC, Nigeria ranks behind Malaysia and Indonesia in palm oil output, accounting for less than 2% of the total global market production of 74.08million MT. See Figure 1. They are also crude oil-producing nations; they have crude oil.

Why has agriculture collapsed? Well, everyone says crude oil, but that’s a bit simplistic; why didn’t exports of Palm Oil and Groundnut expand when crude oil prices fell? From 1960 to 1973, crude oil prices were sold below $3 a barrel. Why did Nigeria not return to exports of palm oil?

In the same decade, palm oil saw a steep decline in production and exports from Nigeria.

Crude oil did not eclipse palm oil. Instead, palm oil exports fell, and oil became the most significant contributor to revenues for Nigeria. Central Bank of Nigeria is quoted as saying, “if Nigeria had maintained its market dominance in the palm oil industry, Nigeria would be earning approximately $20b annually from cultivation and process of palm oil as at today (2019)”.

If palm oil had continued to be exported, Nigeria would have earned from palm oil alone, the equivalent of the 2020 budgets of Lagos, all South East and the South-South States combined.

Crude oil is not the problem; the problem is how Nigeria has structured its fiscal federalism. I explain.

Below is the progression of the fiscal allocation formula.

Export duties were 50% to the State of origin of export.

Export duties were 100% to the State of origin

Export duties maintained at 100% of the state of origin

1970 Decree no 13, the Military steps in. the States lose fiscal autonomy, maintain derivation. The Distributable pool was gone

1977, Aboyade Commission. The military created the Federation Account. Derivation abolished. Export duties are now 0% to the State of origin.

Thus in 13 years, Nigeria took Regional/States share of export proceeds from 100% to 0%. Groundnut exports never recovered when States in the North lost the export revenues of agriculture after 1970.

There remains NO incentive for state governments in Nigeria to encourage agriculture. States own the land where the land is commercially farmed. Still, the companies that run commercial agriculture pay Corporate income taxes to the Federal Government (FGN) when the cash crops are exported. The states are left with nothing. The states receive a share of these taxes via Consolidated Revenue Fund, but not according to the derivation principle. During this period that states lost derivation right in the fiscal federalism framework that commercial agriculture crashed in Nigeria.

What did the Federal Government do with crude oil and non-oil export proceeds revenues? The FGN shared it back to the States and Local Government according to a formula. States got on average 32%, Federal 47%, LGAs 15% (*note there are statutory transfers to Ecology, Agric development, etc.)

Export and corporate income taxes remain 0% to states by derivation except for solid minerals like gold. This means states do not retain as revenue to their budgets the export duties on cash crops produced within their states like palm oil. They only get PAYE on worker salaries.

But wait, there is more;

That 31% the FGN shares to states, is it shared equally? No, the sharing formula is called the horizontal revenue allocation formula. The critical sharing heads are:

The FGN took the mineral and non-oil export earning to a central account, retained 47% of that account, then returned 51% to the States and LGAs but determined it will be shared out based on “equality” and “population”… not derivation, i.e., where the income was generated. Thus all States now focus on their population figure, not agriculture. Population and “equality,” not exports or derivation, determine how states receive revenues from the 51% allocation.

Reward what you want to improve; if you wish for safer drivers, you reward drivers with zero car scratches. Unhook states from crude oil-funded FAAC by giving them a derivation share of their export proceeds from their agriculture cash crops. Return to the states the fiscal principle of derivation on agricultural exports. That will mean states see a direct relationship between commercial farming and IGR, which will spur agriculture investment. Governors will seek out agriculture investors the same way and vigour they seek out Shoprite Malls.

If States retained even 13% derivation on income taxes and export duties on agricultural produce just as they enjoy with solid minerals, they would see the incentive to attract companies to come to their states and push non-oil exports.

The problem with agriculture in Nigeria is not crude oil but Nigeria’s faulty fiscal federalism (FAAC).