Another building collapses in Lagos, making it three within two weeks 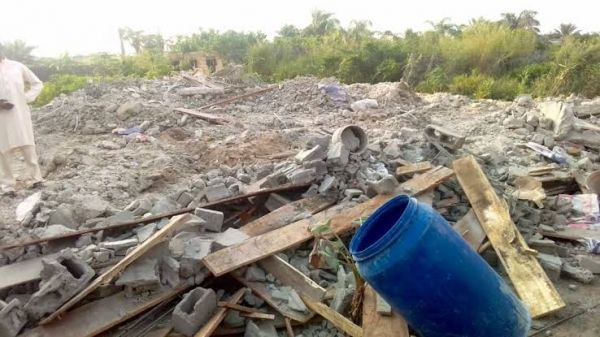 At least three separate storey buildings have collapsed in Lagos State within two weeks, floating concerns over lack of enforcement of regulatory standards in the construction of residential buildings in Nigeria’s richest state.

On November 1, 2021, a 21-storey building in the Ikoyi area of Lagos collapsed in which over 44 persons were confirmed dead.

The tragedy continued on November 2, 2021, when a two-storey building caved in in Osapa London, in the Lekki area of Lagos after a midnight downpour. No casualty was recorded in the collapse as it was said to be under construction when the unimaginable happened.

On November 17, 2021, after two weeks of seeming break in the serial collapses, a two-storey building under construction at Flour Mill Estate, Magbon, in the Olorunda Local Council Development Area in Badagry, collapsed, killing four, with the number of injured persons put at five as of the time of filing this report, according to Spokesman for the National Emergency Management Agency, Ibrahim Farinloye.

The PUNCH had earlier reported that over 200 persons have lost their lives in major building collapse incidents in Lagos State in the last seven years.

This is just as at least 145 buildings have collapsed in the state between 2007 and now.

The figure is the summation of casualties in seven different incidents between 2014 and 2020.

It was learnt that while the state government had taken possession of the building sites and threatened sanctions, there has been no known conviction.

The Nigerian Institute of Structural Engineers blamed the lack of quality control, quality assurance, and structural inadequacy as possible reasons for the recurring building collapses in the state.

Lagos, with a rapidly increasing population of over 20 million people, is Nigeria’s economic hub and had witnessed a surge in the influx of people from the 35 states in the country as well as the Federal Capital Territory, Abuja. The soaring migration and attendant demands for housing units have led to the “microwave” construction of residential buildings in recent times, with many experts berating the Lagos State Building Control Agency for lethargy and tardiness in the discharge of its structural oversight function.