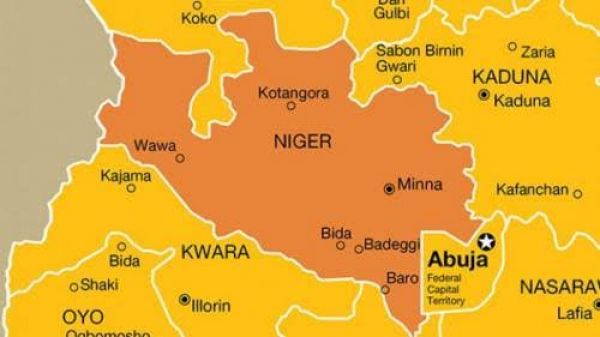 For three consecutive days, bandits have intensified their raid on communities in Munya Local Government Area of Niger State, the latest being the invasion of Zagaga community in the early hours of yesterday, where they killed two people and abducted 66 others.

Among those killed were two youths providing voluntary security services in the community due to absence of security agents, and a local vigilante who was butchered when gun bullets could not penetrate him.

Three other youths sustained gunshot injuries, one of them had his right leg broken, and are currently at a government facility in Minna, the state capital receiving treatments.

A source close to the community, who spoke to our correspondent on phone yesterday morning, said two children of the village Head, Musa Umaru, two wives of the counsellor representing Zagaga Ward, Saleh Adamu, are among the 66 people, including women and children who were abducted by the bandits.

It was gathered that the bandits, numbering over 80, stormed the community at about 1am, and shot sporadically to announce their arrival and, in the process, shot their ill-equipped victims at close range.

The operation, which lasted till 4am yesterday morning without resistance from any quarter, saw the bandits break into no fewer than 11 shops and a number of houses, where they looted provisions and other food items.

Our source said the victims, especially women, were used to evacuating all the looted items in sacks as they matched them through the bush path, heading towards a place called Mangoro, and Pole wire.

For the four hours that the operation lasted, our source said no security agent came to the rescue of the community despite communicating with them throughout the operation.

“The entire community is now deserted because we don’t know what will happen next. The remaining people in the community have been moving out since morning with their properties,” he said.

The military, on April 23 this year, closed down its camp stationed in the community since 2018, after armed bandits, numbering about 70, invaded the camp and killed the RSM and injured others.

The military were also said to have, during the bloody attack which community source said lasted for over three hours, killed a number of the bandits.

Ever since the military shut down its camp in the community, there has never been any security presence in the area, as the people continue to rely on God and the little help from the ill-equipped local vigilantes to provide security.

Although the community has a police outpost with two personnel, there is no accommodation for them to be used as offices. They are also said to be ill-equipped.