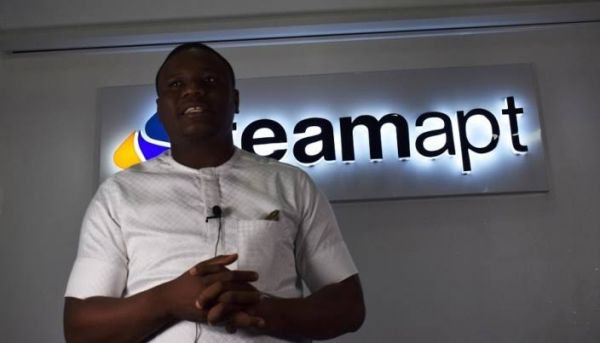 Nigerian tech startup TeamApt Ltd. is in the market raising its third round of funding at a value of more than a $1 billion, which will result in the fintech firm joining a spate of Africa-tech companies to become so-called unicorns.

“The money will be used for our expansion to Egypt, Ghana and Cameroon,” said Eniolorunda. “And building out our digital banking product targeted at the under-served.”

While Africa has a rapidly growing and tech-savvy youth population, the continent often lacks financial infrastructure such as banks and tellers. TeamApt is trying to address the gap by using mobile technology and authorized agents to give people banking services such as cash deposits and fund transfers.

TeamApt is aiming to join a growing number of African startups valued over $1 billion, including Flutterwave, OPay and Jumia Technologies AG.

The boom in payments firms is a reflection of the rapid take up of smartphones and improving internet speeds across Africa. Still, telecom companies such as MTN Group Ltd., OPay and Paga are also using agents, or people within communities to explain and sell their products and services, while commercial banks in Nigeria such as Access Bank and FirstBank has also started using agent networks.

TeamApt now processes $3.5 billion in transaction values monthly, with 150,000 agents on its platform, and has 14 million users, Eniolorunda said.