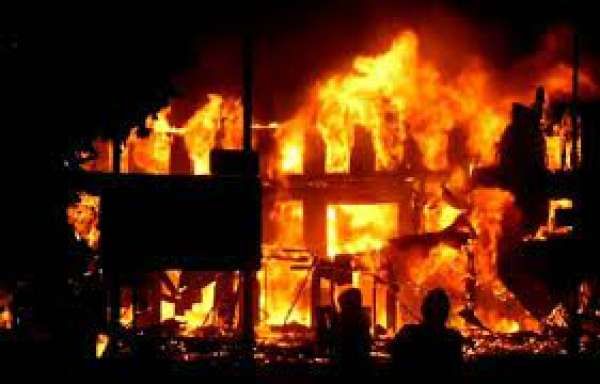 The hoodlums ignited the court with a petrol bomb causing the entire building to go in flames.

He said that although the court was completely razed by the hoodlums nobody was, however, wounded in the inferno.

Okolieogwo, who is also the Association of Local Government of Nigeria (ALGON) chairman in Imo State, expressed shock that the gunmen were still on the prowl despite efforts so far made by the state government to check criminal activities.

“The government of Hope Uzodinma is not relenting in proffering lasting solution to the issue of insecurity in our state. We are on top of the situation,” he assured.

The attack, according to an eyewitness, was carried out by over 20 hoodlums who gained entrance into the court premises shooting sporadically before igniting the whole building with their petrol bomb.

Police spokesperson in the state, Michael Abattam, confirmed the incident, assuring that efforts were in top gear to apprehend all those involved in the act.