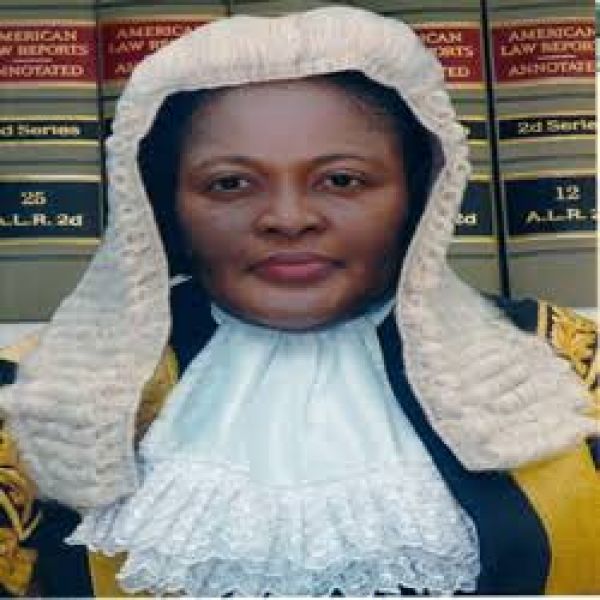 Security operatives, on Friday, conducted a search on the home of Mary Odili, a justice of the supreme court, in Abuja.

The supreme court justice is the wife of Peter Odili, a former governor of Rivers state, who is currently on the watchlist of Economic and Financial Crimes Commission (EFCC).

The security operatives, who were made up of soldiers and officers of the Nigeria Police Force (NPF), identified themselves as members of a joint task force.

The security operatives, who came with a search warrant, said they received information on “illegal activities” going on in the house.

Our correspondent visited the residence of the judge on Friday night and observed heavy security presence involving the police and army.

Several persons were also seen seated at the front of the judge’s residence.

The security operatives were, however, said to have not discovered anything of interest in relation to the alleged illegal activities, and left after about an hour.

Meanwhile, EFCC has denied the involvement of its operatives in the search.

“The attention of the Economic and Financial Crimes Commission, EFCC, has been drawn to claims in a section of the media that operatives of the Commission today, October 29, 2021 stormed the Maitama, Abuja home of a Judge of the Supreme Court, Mary Odili, purportedly to execute a search,” Wilson Uwujaren, EFCC spokesman, said in a statement.

“The Commission by this statement wishes to inform the public that the report is false as it did not carry out any operation at the home of Justice Odili.

“If there was any such operation as claimed by the media, it was not carried out by the EFCC.

“The Commission enjoins the public to discountenance the report.”