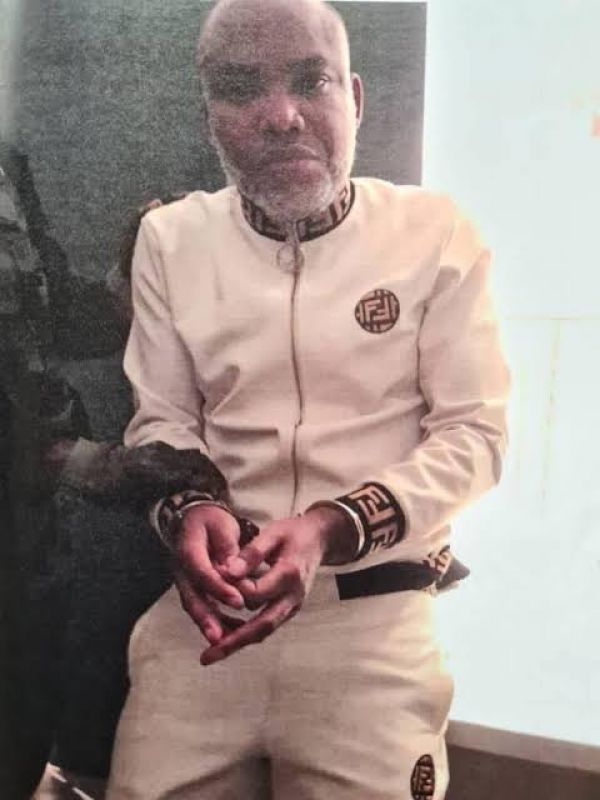 Legal team of the detained leader of the proscribed Indigenous People of Biafra, Nnamdi Kanu, on Wednesday warned that the Federal Government must bring him before Binta Nyako of a Federal High Court in Abuja on Thursday (today).

Leader of the team, Ifeanyi Ejiofor, made the team’s position known during a press conference in Abuja on Wednesday.

“That tomorrow (today), being October 21, 2021, should be sacrosanct. Our client, Nnamdi Kanu, must and shall be produced in court to face his trial,” Ejiofor said.

According to him, despite the issuance of a fiat by the Chief Judge of the Federal High Court, John Tsoho, for Kanu’s trial to be held during the court’s annual vacation, the office of the Director of Public Prosecution of the Federation deliberately stayed away from court.

Ejiofor said the regular Monday sit-at-home order in the South East was being observed “because people are yet to see and believe that Nnamdi Kanu is still alive.”

He recalled the alleged arrest and detention of over 20 indigenes of Ebonyi State who had travelled to Abuja to witness Kanu’s trial on July 26.

Ejiofor appealed to security operatives to allow lawyers and journalists to attend the IPOB leader’s trial on Thursday.

“The show of shame openly demonstrated by the overzealous security agents on July 26, 2021, should never repeat itself,” he said.

Ejiofor also told IPOB supporters to remain civil and be of good conduct, adding that “not everyone would be able to access the court room.”

Last week, the Federal Government slammed an amended seven-count charge against Kanu, while the FHC issued a hearing notice for Thursday.

The notice titled “Federal Republic of Nigeria Versus Nnamdi Kanu” with suit number: FHC/ABJ/CR/383/15, was served on Ejiofor and the prosecuting lawyer, Shuaibu Labaran.

Kanu is being tried on charges of treasonable felony.

The IPOB leader, who was granted bail in April 2017, fled the country after the invasion of his home in Afara-Ukwu, near Umuahia, Abia State, by the military in September, a situation one of his lawyers, Alloy Ejimakor, described as the “rule of self-preservation.”

Nyako, subsequently revoked his bail for ditching his trial and also ordered his trial to be separated from the rest of the co-defendants.

While the trial of the rest of the defendants has made some progress, Kanu’s case has been stalled since 2017.

On June 29, 2021, Attorney-General of the Federation, Abubakar Malami, announced that Kanu had been rearrested and extradited to Nigeria to continue facing his trial.

He said the IPOB leader was “intercepted” days earlier but did not disclose which country and how the operation was carried out.

Although there has been no official disclosure about where and how Kanu was arrested, relatives and lawyers of the IPOB leader, have described how he was taken into custody in Kenya under controversial circumstances.