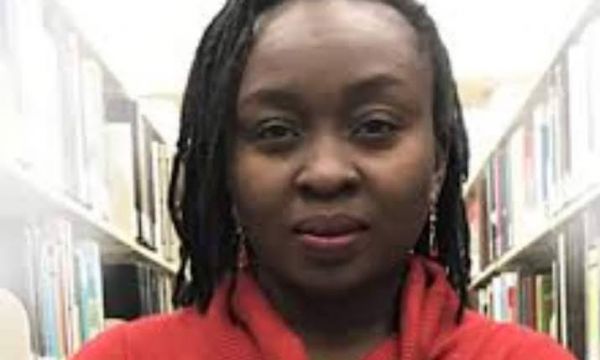 This week marked the first anniversary of the #EndSARS, the mass demonstrations against police brutality that shook Nigeria and culminated in a brutal crackdown on the protesters by soldiers drafted to the Lekki tollgate, Lagos State. As we all recall, the protests began as a social media campaign against the notorious Special Anti-Robbery Squad, an elite unit in the police reputed for its excessive use of force, cruelty, unlawful arrests, torture, extrajudicial killings, and flagrant abuse of the law. In response to the protests, the government disbanded SARS but almost immediately replaced it with another agency just like SARS. The protesters would not have it, and as the protests gained ground both locally and internationally, they would go on to make broader arguments about the general state of the nation—insecurity, widening poverty, corruption, and poor governance.

The memory of what truly happened the night of October 20, 2020 at the Lekki tollgate has been contested by state agents, but none of their strident denials can take away the fact that the Nigerian government unleashed violence on its own people. The murders happened, and we will not let them minimise that truth with their feverish repudiations of that fact.

Also, this same week, The Wall Street Journal published a news article that narrated the extent of the Nigerian government’s powerlessness in confronting insecurity. The article highlighted how the supposed bandits terrorising Nigeria have not only grown more daring in their criminal activities but are, in fact, heavily equipped with arms that surpass that of security agencies and are also flush with ransom money. If you are already a Nigerian, nothing the TWSJ article says is new or even particularly surprising. We know how much Nigerian security agencies have been serially beaten by the hydra-headed monsters of terrorists, herdsmen, and supposed bandits turned professional abductors. But the article contained an interesting detail about how even the “intelligence” agencies paid off these criminal gangs to protect the president. According to the piece, an intelligence officer dropped crisp banknotes with a criminal gang in the bush to retrieve a sophisticated weapon they had seized from the army and which threatened the president.

That information is a new wrinkle, and it goes far to show the true state of governance in Nigeria. Now, couple that revelation with the brutality with which the same government confronted the #EndSARS, and it becomes clearer the extent to which the state officially antagonises its own people. Brutality by security agents in Nigeria, whether by the police or SARS (or its many mutations) or the army or the Department of State Services, is an antagonism consequent of their feebleness in apprehending the actual threats that militate against Nigerians. It suddenly made more sense why they descended on Nollywood actor Chiwetalu Agu with all the rage of their impotence. For that same reason, the anniversary of #EndSARS became another round of opportunity for the police to threaten violence rather than a demonstration of a thoughtful appreciation of the historicity of the occasion.

It is bad enough that Nigeria faces myriad woes of insecurity and deepening poverty, but it is even far worse that we lack a government invested enough in social development to offer anything other than occasional cosmetic changes. All the issues raised during the #EndSARS protests last year have not only remained but have even grown worse. From Northcentral to Northeast to Southeast to Northwest to Southsouth and Southwest, no region in Nigeria is spared from the massive disruptions to their lives and livelihoods due to the failings of the state. How far better improved would our lives have been if the government had taken the anger and the angst that drove #EndSARS seriously and committed itself to addressing the issues raised through social reforms? The way the #EndSARS protest was brutally repressed has made me wonder what else it would take for the government to acknowledge the existential conditions of the Nigerian life. If #EndSARS could not move them to embark on necessary reforms, what would?

There is no politically correct way to state it, but the Maj. Gen. Muhammadu Buhari (retd.) regime has been the worst thing that ever happened to Nigeria in recent times. From hunger to insecurity to multi-dimensional poverty, and the systematic diminishing of Nigerian life, their government checks every box. This country has never had it so bad as we have done in the past six years under his watch. They have not solved a single problem since they came into office, but they have also compounded the nation’s issues to the point that any leadership after Buhari will spend much of the time doing massive repair work at a foundational level before even attempting to start rebuilding the nation. His administration is many levels of a setback for the country. When you think about it, a government paying bandits to protect the president is a conspiracy against the nation in the highest places. It means the government itself is part of the enemy to be defeated for Nigeria to thrive. If God had decided to punish a nation for its sins, the divine judgment could not have been worse than the present Nigerian experience.

In another 18 months or thereabouts, other factors being equal, we will get a chance to choose another leader. If there is something we need to start sounding to ourselves from now, it is that we must not repeat the mistake of assigning someone who has nowhere to go the task of setting the nation’s clock. Buhari should have been the kind of leader mindful of the nation’s time. He should have been the kind of person that should have understood that time is counting against us, and everything that needs to be done to reform Nigeria must be approached with utmost urgency. Unfortunately, he got into power and just slumped. Without either a sense of zeal or haste, the nation plumbs new lows under his blind watch. With the help of his sadistic associates, they actively feed the monster consuming Nigerians. We owe it ourselves to carry forward the passionate desire for a better country that drove the #EndSARS protests and invest it in selecting a better crop of leaders. Because, if we do not set ourselves on a path of reformation and rebuilding immediately after Buhari, we risk losing the nation entirely.

While the election will officially take place in 2023, the horse-trading has long started among the usual suspects whose administration will only be a mere recrudescence of the visionlessness that defined the Buhari years. Enough of being ruled by the cabal of deadwood who thrive on the sweat and blood of Nigerians. That is why we must neither play nor yield to emotionally unintelligent issues like “power rotation” or “power zoning” that serve nobody but the carpet baggers and professional politicians. Those are minor issues compared to sweeping away everything that smells of Buhari and his associates. Everything and everyone associated with the present regime must go so that Nigerians can catch a breath of fresh air.

We must make a break from a leadership that has not only jinxed the nation but has also been extremely toxic. We must flush out the vestiges of this administration with their anti-Midas touch. Everything the Buhari government has touched not only rusted, but they also eventually crumbled. By 2023, Buhari would have wasted not just eight calendar years of our lives but also a lifetime of an entire generation by frittering away lives, material resources, and even the hopes and the expectations that things could ever be better that they invested in 2015 when they elected him and in 2020 during the #EndSARS. Their gross administrative incompetence has weakened Nigeria, not only politically and economically, but also morally. We owe it to everyone—the living, the dead, and even the living dead—to rid ourselves of this pestilence of leadership and take back our country. We cannot continue like this, both impoverished and embattled by the criminal gangs whose impudence is sponsored even by the government.