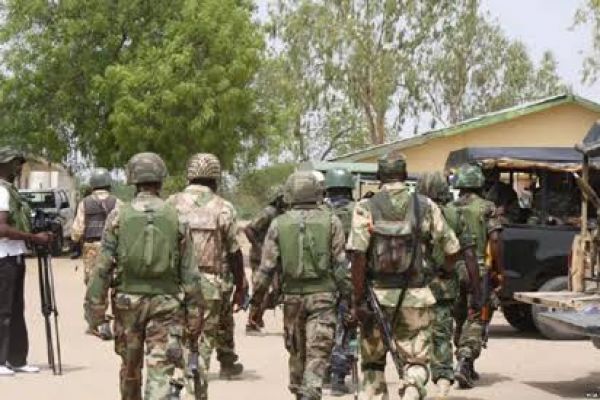 The Nigerian military, yesterday, pounded bandits in Kaduna forests with helicopter gunships, neutralising 50 and destroying many of their hideouts.

Kaduna State Governor Nasir El-Rufai hailed the renewed onslaught against banditry and kidnapping in the state. El-Rufai appealed to the security forces to sustain the momentum and bring more bandits to their “bitter end”.

Commissioner for Internal Security and Home Affairs in Kaduna State, Samuel Aruwan, who disclosed the airstrikes against bandit positions in a statement, said the criminals were neutralised during a combined ground and air assault in the Saulawa-Farin Ruwa axis of Birnin Gwari Local Government Area.

The bandits in Kaduna, who rode on motorcycles, planned to ambush ground troops at Dogon Dawa and Damari communities in Birnin Gwari Local Government Area of the state. But were eliminated in the course of their planning, a military statement claimed.

“Extensive scan to avert any form of surprise attacks from bandits around the loc led to the interception of armed bandits on motorcycles east of Saulawa, staging for a possible ambush on advancing troops. With a good mind of judgment and sincerity of purpose, the helicopter gunship brought the miscreants to their unexpected doom with several precise strikes.”

The update affirmed, “After the neutrlisation of the bandits’ ambush party, armed bandits on about 50 motorcycles were sighted fleeing towards Farin Ruwa and were struck effectively with weapons on board. Fleeing bandits within the surrounding forests were followed up and engaged by ground forces.

“In maintaining presence for an effective annihilation of the bandits, a second helicopter gunship came overhead the location in dogged support of the ground forces.

“Several armed bandits were seen scampering to safety in disarray under superior fire power from the ground and air forces, and were hit by the air asset overhead. This led to the effective annihilation of large number of armed bandits”.

Musa said during the encounter with the insurgents, two gun trucks were seized and one was destroyed.

Army spokesman, Onyema Nwachukwu, confirmed that late on Monday, troops from a joint Nigerian and Cameroonian operation also killed four ISWAP members, who attacked a forward army base in Borno.

Another four suspected insurgents died when their truck mounted with anti-aircraft guns drove over an improvised explosive device, Nwachukwu said.