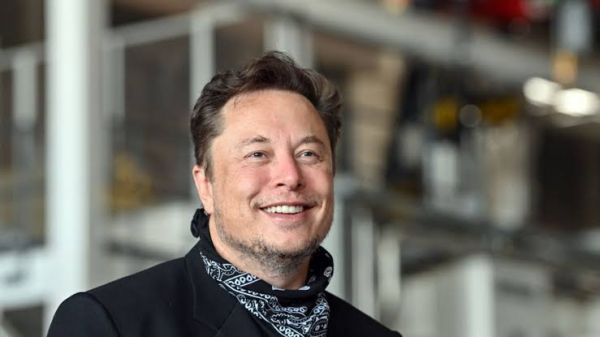 Tesla understands that attracting the very best means being flexible.

You might remember that, a few months ago, Tesla held an artificial intelligence (AI) focused event. If you do remember it, it's probably as the event when the company's CEO, Elon Musk, introduced the Tesla Robot. Well, sort of. The character that danced on stage was actually just an actor in a robot costumer. And, whether Tesla ever intends to introduce a walking humanoid robot that you can buy and have in your house is questionable.

On the other hand, Tesla's commitment to improving its AI capabilities seems real, at least based on the amount of hiring it's doing over the past few weeks. In that sense, the AI event was a success, in that it was less a showcase of future technology and more a recruiting effort to attract new talent.

Apparently, the company has seen a surge in applications, so much so that it appears it's having a hard time following up with all of them. In a tweet last week, Musk apologized if the company hadn't gotten back with applicants.

"Sorry if we've been too dumb to respond to you," said Musk's tweet. "Please cite evidence of exceptional ability in a few bullet points. Nothing else matters."

Clearly, the company is motivated to sift through all of the interested applicants to find the most qualified and capable candidates. That can be a challenge for any business, and Tesla is no exception.

Of course, Musk didn't end with resume and cover letter tips for potential future Tesla AI employees. He also--probably inadvertently--highlighted one of the biggest challenges for companies, and offers the simplest solution.

If you'd like to join Tesla AI, but can't easily move to Palo Alto or Austin, that is acceptable for extremely excellent candidates where inefficiency of distance is overcome by talent

Ideally, Tesla would like its team located near one of its offices. Obviously, it's beneficial to Tesla to have the best people together in the same place as it builds a team. And, for Tesla, AI is an extremely important piece of the company's goal of fully self-driving vehicles, and there is certainly a benefit to having all of those people together tackling big problems.

There's a bigger benefit, however, which is to have the very best people working on them. Some of those people might not be all that interested in relocating to Palo Alto, California, or Austin, Texas.

I kind of love those last seven words from Musk's tweet. "Inefficiency of distance is overcome by talent."

Obviously, being remote introduces inefficiencies. It makes things more complicated. Sure, it's not as easy as having everyone in the same room working on the same problem. Yes, there are definitely things to consider. Coordinating schedules across time zones and having meetings over Zoom is messy, and in some cases, exhausting. In some cases, it's probably not worth it.

Over the past 18 months, however, it's become clear that a lot of the work we thought had to be done in a collaborative environment in an office can also be done remotely. It's also worth it when it means you're able to have the best people in the world putting their experience and expertise towards your problem. Especially when many of those people have realized that they don't have to live their entire life working for a company that isn't willing to be flexible to accommodate their life.

There's a trade-off involved for both Tesla and for its employees. For the company, having the very best employees is worth being flexible about where they live. The hiring process is about meeting the needs of the company by attracting the best individuals for the roles you need to fill.

If you want to attract the very best talent, which seems like something every business should want, you have to be flexible. You have to be willing to meet people where they are at, and accommodate their needs.

Unfortunately, that hasn't always been the case. For a long time, most of the decisions in terms of how and where we worked were dictated by employers. If you wanted a great job, you didn't always have the luxury of saying that you weren't willing to relocate. In some cases, that's still true today. Many companies still haven't figured this out.

That's why Musk's tweet is so brilliant--it acknowledges that things have changed, and the way you evaluate the trade-off between having the best talent, and having them in the office has to change.

Obviously, the type of talent Tesla is looking for is highly specialized. There's a limited talent pool of people who are experienced in artificial intelligence, and if Tesla wants to attract that talent, it has to be attractive to those candidates, even if they aren't interested in moving across the country.

It's an important lesson because many businesses pretend that things are headed back to the same arrangement we were used to before the pandemic upended everything we thought we knew about work. The thing is, there's really no reason for that to be the case, especially if what you really care about is attracting the most talented people.

Fortunately, there's a solution. If you want to hire the best, just be flexible.