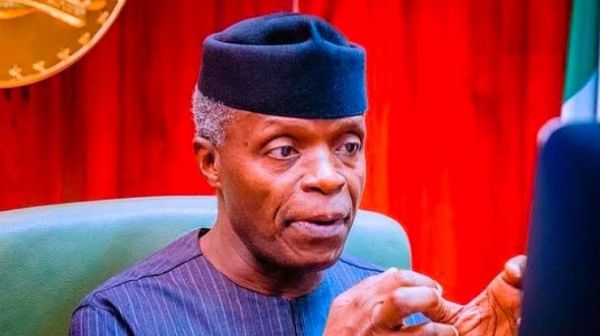 The federal government had directed states to set up judicial panels of inquiry into allegations of human rights violations involving police officers, following the #EndSARS protests in October 2020.

NEC, which is chaired by Vice-President Yemi Osinbajo, is made up of all the governors and representatives of the federal government.

According to a statement issued by Laolu Akande, spokesperson to the vice-president, at a meeting held on Friday, NEC also said the federal government and states will set up modalities for the settlement of compensations awarded to victims of police brutality.

“It may be recalled that following the October 2020 #EndSARS protests, in furtherance of resolution of NEC, 28 States and the Federal Capital Territory (FCT) had set up Judicial Panels/Commissions of Inquiry (Panels) to investigate allegations of violations of human rights levied against members of the Nigeria Police Force and other security agencies, especially members of the disbanded Special Anti-Robbery Squad (SARS),” the statement reads.

“Out of the 28 States, 11 States (Abia, Ekiti, Enugu, Gombe, Kwara, Nasarawa, Ogun, Ondo, Osun, Plateau, and Rivers) have submitted their final reports to Council; with Lagos, set to finalise its sittings on 19th October 2021, submitting an interim report. Governors of other States including Delta and Ebonyi at today’s meeting also indicated that their reports would be submitted soon.

“Following deliberations on the recommendations of the panels, NEC agreed/resolved as follows, (and this applies to all the States and FCT that set up the panels):

“Each State, in collaboration with the Federal Government, shall establish modalities for the settlement of all monetary compensations awarded by the Panels. Already, as resolved by NEC, a number of States have set up Victims Compensation Funds, from which several victims have already received payments of sums awarded to them by the panels.

“Council directed State Governors to immediately forward copies of final reports of the panels to their Attorneys-General for prompt arraignment and prosecution of all indicted persons.

“Where incidents in the reports relate to matters of discipline, in addition to prosecution, NEC urged the Nigeria Police Force to take disciplinary action on the affected officers in line with the provisions of the Police Act 2020.”