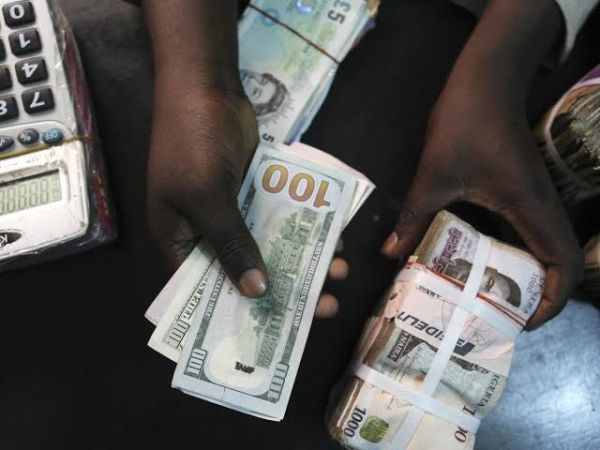 The Naira has dropped by 2.6 percent to N422 per dollar, hitting an all-time low at the Nigerian autonomous foreign exchange (NAFEX) rate — the default FX reference for official and legitimate transactions.

NAFEX rate is the prevailing rate in the investor and exporters (I&E) window which Central Bank of Nigeria (CBN) adopted in May 2021 as the country’s official forex market.

The sharp decline came days after Vice-President Yemi Osinbajo called the CBN to allow the Naira reflect the realities of the market.

Osinbajo had said the exchange rate was artificially low and deterring investors from bringing foreign exchange into the country.

“For context, the Vice-President’s point was that currently the Naira exchange rate benefits only those who are able to obtain the dollar at N410, some of who simply turn round and sell to the parallel market at N570.

“It is stopping this huge arbitrage of over N160 per dollar that the Vice-President was talking about. Such a massive difference discourages doing proper business, when selling the dollar can bring in 40% profit!

“This was why the Vice-President called for measures that would increase the supply of foreign exchange in the market rather than simply managing demand, which opens up irresistible opportunities for arbitrage and corruption.

The local currency, which opened trading at an indicative price of N413.50 to a dollar, dropped to N422 at the end of Thursday’s trading.

During intra-day trading, the naira traded as high as N436 per dollar on the spot while it sold for as low as N404/$1. On the future side (futures contracts), it was quoted as high as N446 and low as N419.88 to the dollar at the window.

“The rate is guided by the CBN — it is supposed to be flexible but not,” a banker said.

At the parallel market, the currency remained stable at N570 to a dollar.