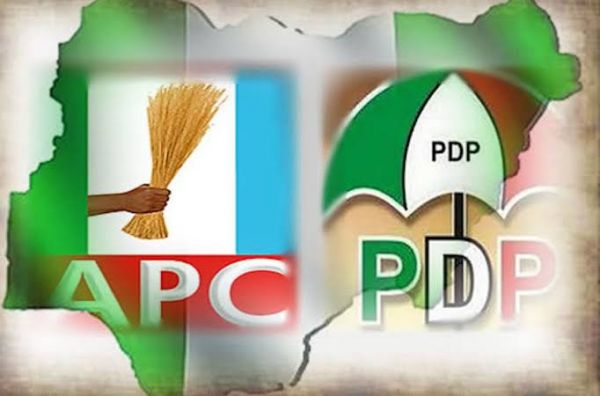 A group, Downtrodden Peoples Services (DPS), has cautioned Nigerians not to put their trust in both the ruling All Progressives Congress (APC) and opposition Peoples Democratic Party (PDP), saying the two political parties cannot take the country to the promised land.

Convener of the group, Kunle Bewaji, while addressing journalists in Ibadan, said the time has come for the masses to reject the two parties and form a movement where their interest would be represented, stating that the present system run by both APC and PDP at the national and state levels favours only the politicians to the detriment of majority of the people who are poor.

He insisted that if the system is not changed, there will be no Nigeria in some years to come, noting that the masses can save the country from the brink by forming a mass movement that would put an end to the mis-governance of the present two dominant parties.

He said, "The present system is wrong as it favours the politicians who become billionaires while 90 per cent of the population are very poor. If we do not change this, there won't be a country called Nigeria in the next few years. Unfortunately, the politicians are not ready to do this.

"We need to take power away from the politicians and give it back to the people through the ballot box. To achieve this, we need all of us, the aggrieved, the poor, the oppressed, the educated, the students, the parents to join us en mass to achieve a new Nigeria where there will be total freedom of the press.

"Our intention is to make sure the Foundational Structures are included in our country's constitution. The templates in the structure will cut across board in all the states of the federation irrespective of any political party in power.

"We present the hope to take your destiny in your hands. Instead of collecting peanuts like N5,000 from politicians who collect billions in exchange and destroy your future, we have come to give you the opportunity to become politicians by joining our movement.

The country is in dire straits. We need to rescue ourselves from these hopeless situations.

"Incidentally, there has been a reverse in the progress of the nation. This happens because of the nature of our politics which lays emphasis on the enrichment of the politicians instead of the citizens and the country as a whole. We live in a fantasy world where we believe good things will happen if we pray and go on months of fasting, as if we have not been praying and fasting before. Most things we pray for in Nigeria are the duties of the government".