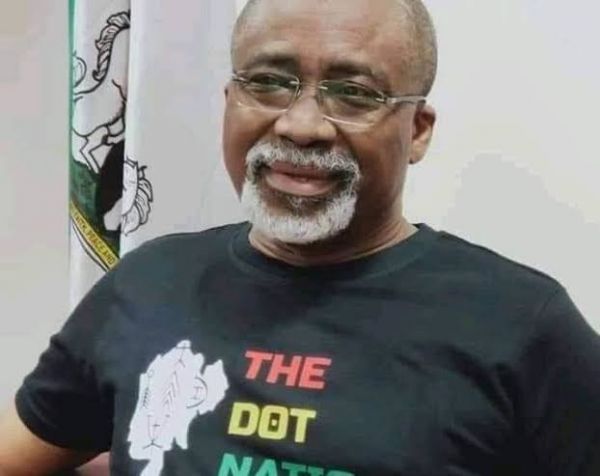 Senate Minority Leader, Eyinaya Abaribe, said there are over 30 separatist groups in Nigeria’s South-east, besides the Indigenous Peoples of Biafra (IPOB) which has been proscribed by the Nigerian government.

The agitation for an independent state, Biafra, championed by IPOB, has led to killings and destruction in the South-east.

Abaribe (Abia-South/PDP) who spoke on Tuesday in a Channel TV’s programme, Politics Today, said the media was creating an impression that IPOB was the only group agitating for Biafra in the South-east.

The senator made the remark when the programme anchor, Seun Okinbaloye, asked him if he was IPOB’s supporter.

“Are you a supporter of IPOB?” Okinbaloye asked the senator.

“I am a supporter of the cries of our people against injustice,” he responded.

Continuing, Abaribe said, “Last Friday, I was chairman of a book launch – Children of Biafra. It is a book about the Biafran war, seen through the eyes of a child.

“I stand with my people.

“There are more than 30 different separatist organisations, apart from IPOB.

“Why we are having agitations in different parts of Nigeria is that we aren’t able to manage our diversity.”

He said the administration brands IPOB members as terrorists, while it continues to “beautify” perpetrators of insecurity in the north as bandits.

“The single most dangerous part is this influx of non-Nigerians with military-grade weapons sweeping across our country, going into the countryside and committing mayhem, but no effort is made to profile them, no effort is made to ensure that there is a counter surge against them. All that has been happening is the attempt to reach (an) agreement. How do you reach (an) agreement with a terrorist who is coming from outside the country, trying to take over?”

The senator faulted the argument that Buhari inherited the current security challenges from the Goodluck Jonathan-led administration.

“The problem in the Southsouth, in the Niger Delta, had been largely resolved by the PDP government of President Yar’Adua,” he said.

Abaribe was among those who signed a surety for the IPOB leader, Nnamdi Kanu, to be released on bail in 2017.

Kanu was “intercepted” in Kenya and brought back to Nigeria in June this year after he fled the country. He is standing trial in Abuja for alleged treason.

Senator Abaribe said he does not regret being a surety for Mr Kanu, and that he would do it again if he has the opportunity to do so.