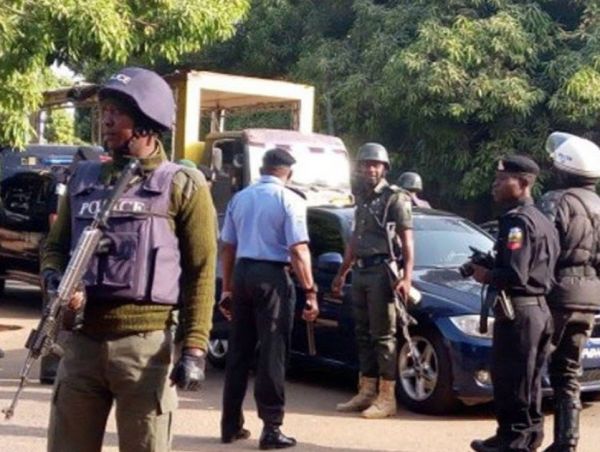 A personnel of Department of State Services (DSS), Ezeonye Ozuzu, was reportedly killed, on Monday, while engaging hoodlums who were forcefully enforcing the sit-at-home directive of the Indigenous People of Biafra, in Imo State.

The officer was said to be among the task force team deployed to Anambra State, a few hours after the burning of the DSS office in Nnewi, according to a family source. He was said to have been killed while returning to his station.

Dan Opara, a relation to the deceased said their family got to know of his death when a report came from the DSS office in Owerri, informing them of the death of Ozuzu, allegedly killed by gunmen at Ukwu-Orji, along Owerri-Onitsha road.

But the family, according to Opara, got another twist to the report when they saw three bullet wounds, contrary to one reported to them by the DSS, at their office, which he said prompted them to dig further into the incident.

Opara said the initial report received by the family was that gunmen, who engaged the task force team in a gun duel, at Ukwu-Orji, had killed the DSS officer, said to be the driver of the team. But another report claimed that the 34-year-old DSS officer from Umuoyo, Irete, in Owerri West Council Area of the state, was killed by an accidental discharge from a member of the team of the task force.

Meanwhile, the corpse of the officer, the deceased cousin said, has been deposited at the mortuary.

When contacted, the State police spokesperson, Michael Abattam, said he was not aware of the incident.

Gunmen, yesterday, invaded  the security office of the Central Neighbourhood Watch at Ogrute, Enugu Ezike, Igbo-Eze North Local Government Area, Enugu State, killing the Commander and one other, while three others sustained injuries.

Sources said the attackers numbering about 12 arrived at the scene around 1am yesterday morning, on six motorcycles, and opened fire on the security personnel who took strategic positions within the vicinity.

They reportedly shot one of the security personnel known as Akwete before they ordered another security man to lead them to the room, where the commander, identified as Chinedu Urama, stayed.

The gunmen reportedly sprayed Urama with bullets, but none penetrated before they resorted to use of dangerous weapons like dagger, axe and heavy wooden planks on him until they left him dead.

Not done yet, they set ablaze four security vehicles parked in the premises, including two Sienna buses donated to the security outfit by Enugu-Ezike indigenes in Diaspora, during their last reunion in December 2020.

When the reporter visited the scene yesterday morning, there were uncontrollable wailing as onlookers and sympathisers besieged the area. Many described the deceased Commander as a crime cracker who bursted and also recorded several successes in crime fighting in the area.

Policemen from Enugu Ezike Division had visited the scene and also cordoned off the premises, while the Chairman of Igbo-Eze North LGA, Ejike Itodo, who earlier visited, was devastated over the incident and assured that justice will be served.