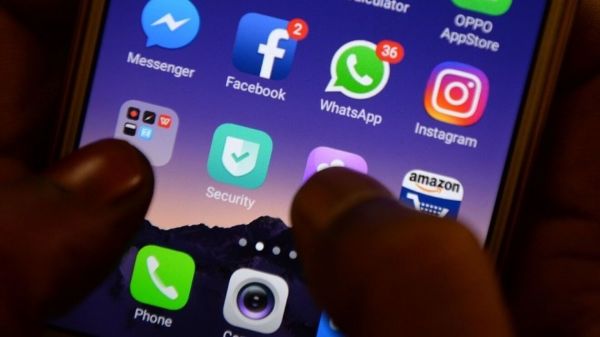 Facebook has apologised after it stopped working for users around the world for several hours on Monday.

WhatsApp and Instagram - which are owned by the company - were also down.

What was the problem?

In a nutshell, Facebook's systems stopped talking to the wider internet.

It was as if "someone had pulled the cables from their data centres all at once and disconnected them from the internet", explained web infrastructure firm Cloudflare.

It said "configuration changes on the backbone routers that co-ordinate network traffic between our data centres caused issues that interrupted this communication". This had a "cascading effect... bringing our services to a halt".

The internet breaks down into hundreds of thousands of networks. Big firms like Facebook have their own larger networks - known as autonomous systems.

When you want to visit Facebook (or Instagram or WhatsApp), the back-end system that allows computers to connect with their network uses the Border Gateway Protocol (BGP) - a kind of postal service for the internet.

In order to direct people to the websites they want to visit, BGP looks at all of the available paths that data could travel and picks the best route.

On Monday Facebook suddenly stopped providing the information the system needed to function.

It meant nobody's computers had any way of connecting to Facebook or its other sites.

What effect did the outage have?

The failure of such key internet players had a knock-on effect on individuals and businesses across the globe.

Downdetector, which tracks outages, said some 10.6 million problems were reported around the world - the largest number ever recorded.

For many, losing access to Facebook's services was just an inconvenience. But for some small businesses in the developing world without other reliable ways to communicate with customers, it may have been a serious problem.

Likewise, some organisations where staff are still working remotely after the pandemic, now rely on WhatsApp to keep colleagues in touch.

How was this allowed to happen?

At first, this caused the usual jokes about how people would cope, and jibes from rivals such as Twitter.

But it soon became clear that this was a more serious issue - with reports of mayhem at Facebook's California headquarters.

Sheera Frenkel, a tech reporter for the New York Times, told the BBC part of the reason it took so long to fix was because "the people trying to figure out what this problem was couldn't even physically get into the building" to work out what had gone wrong.

We don't yet know whether the issue was due to a software bug or simple human error.

However, the conspiracy theories are already circulating - deliberate foul play from a Facebook insider being just one of many.

Facebook's apology, rather embarrassingly, was posted on rival network Twitter.

Mike Proulx - an analyst for research company Forrester - says the incident raises questions about the way Facebook brought lots of its technical operations together in recent years.

He says it made them more efficient but means that if one thing goes wrong there can be "a cascading effect, like old-school Christmas lights where one goes out, they all go out".

Facebook has experienced outages before but they've generally been fixed within an hour or so.

A longer and more disruptive blackout like this one demonstrates the problem of so much of the world's communications being concentrated in Silicon Valley.

And this in turn raises questions whether the working of the internet should be in the hands of just a few big companies.

Perhaps the biggest issue for Facebook itself will have been the effect it had on its revenue and stock price. The shutdown meant ads weren't served for over six hours across its platforms.

According to some, the outage could have wiped as much as $6bn (£4.4bn) from Mr Zuckerberg's personal wealth, with its shares dropping nearly 5%.

Others estimate that the loss of revenue to the company could amount to more than $60m.

And this blow to Facebook's reputation comes at a difficult time.

A whistle-blower responsible for leaking many internal documents, takes the stand at a US Senate hearing today.

It is also under scrutiny from regulators around the world who have questioned whether it's responding appropriately to issues such as misinformation, hate speech and handling user data, or whether - as the whistleblower says - it's putting "growth over safety".

Now its technical abilities are also in question.