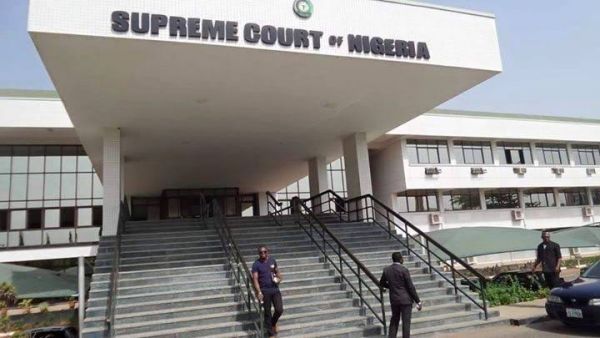 Supreme Court of Nigeria on Monday reserved judgment in the case filed by 36 state governments against the Federal Government over the funding of superior courts created by Section 6 of the constitution.

The states, in the suit with Ref. No. SC/655/2020, had asked the apex court to declare among others, that it is the responsibility of the Federal Government to bear both the recurrent and capital expenditures.

They also want the court to declare the Executive Order 10 issued by President Muammadu Buhari in 2020 on the funding of the judiciary, particularly at the state level, null and void.

The states were contending, among others, that the Executive Order 10 had pushed the responsibility of funding both the capital and recurrent expenditures of the courts named in the constitution, including State High Courts, Sharia Court of Appeal, and the Customary Court of Appeal from the Federal Government to them (the state governments).

The plaintiffs want the court to order the Attorney General of the Federation to refund to them about N66bn being estimate of what they have expended in funding courts in their states.

Lawyer for the plaintiffs, Augustine Alegeh, in his argument on Monday contended that the current practice where the Federal Government had limited itself to funding only the recurrent expenditure of the superior courts in states was a violation of the constitution.

He therefore urged the court to discountenance the defendant’s objection to the competence of the suit and the court’s jurisdiction to hear it.

Alegeh prayed the court to grant the nine reliefs sought by the plaintiffs.

Lawyer for the AGF, Tijani Gazali, submitted that issues raised in the case had been decided in the case filed before a Federal High Court in Abuja by the Judiciary Staff Union of Nigeria, which was decided by Ademola Adeniyi.

“What is before this court is the interpretation of sections 81 and 121 of the constitution. These had already been interpreted and pronounced on by a court, which has not been set aside,” he said.

Gazali, who is the acting Director, Civil Appeals, Federal Ministry of Justice, urged the court to dismiss the suit.

Beside lawyers to parties, the Supreme Court also took presentations from five amici curiae, who were invited by the court to assist with their legal opinions on the issues in contention.

Musa Muhammad, who led a seven-member panel of the court, after listening to arguments from lawyers to parties and the amici curiae, said they would be informed when the judgment is ready.