Latest News
Bandits move to ‘next level’, paralyse Abuja-Kaduna train service
8 Nigerian men caught in South Africa for defrauding 100 women based in US through romance scam
Journalists barred, crowd dispersed by police as Nnamdi Kanu denies terrorism charges in court hearing
Separatists in Nigeria and Cameroon are working together. Here’s what’s going on
Zamfara women protest against bandits’ attacks, block roads
Trumps announcement of new social media company excites investors with shares soaring 357% on Day One
The Editor in a time of crisis - Azu Ishiekwene
Think big: Six ways to accomplish more as a leader
#EndSARS: Police clamp down on anniversary protesters, govt’s failed promises, show nothing fundamental has changed
#EndSARS: ‘My life changed on this day… for worse. But, I also believe it changed for good’ - DJ Switch
Piracy in Nigeria’s international waterways down 77 percent - Report
Nnamdi Kanu’s lawyers warn FG against failure to produce separatist in court as trial resumes today 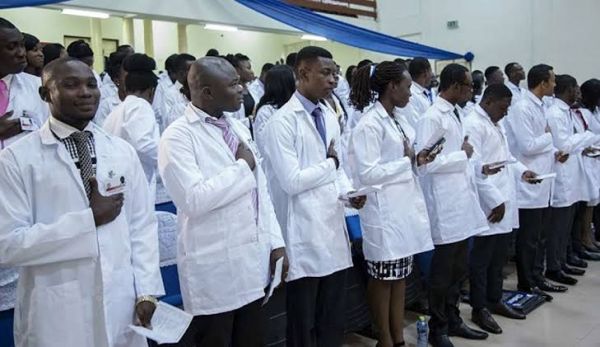 Resident doctors in Nigerian public hospitals called off a nine-week strike on Monday, saying some of their grievances had been addressed but others including salary arrears remained outstanding.

The strike had begun on Aug. 2, organised by Nigerian Association of Resident Doctors (NARD) to protest against the delayed payment of salaries and allowances — a recurrent problem in Nigeria’s healthcare sector.

NARD said resident doctors, medical school graduates training as specialists who play a major role on emergency wards, would return to work on Wednesday after some of the payments had been made.

But it called on federal and state governments to urgently address outstanding issues such as what it said was a failure to pay benefits to relatives of doctors who had died of Covid-19 after caring for patients affected by the virus.

NARD said its executive committee would reconvene in six weeks to assess the progress made.