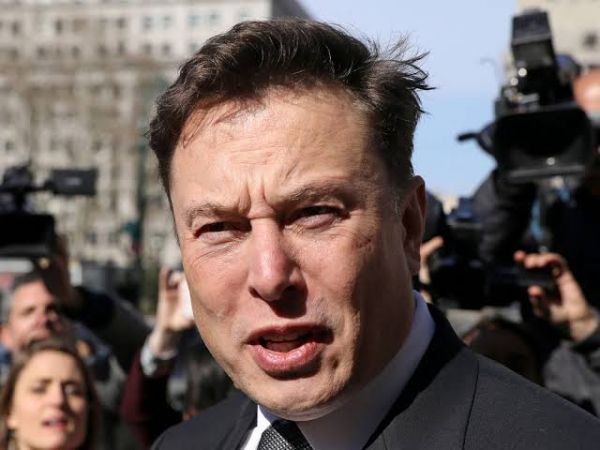 Fancy degrees and expertise aren't everything.

Earlier this month, Tesla held what it called "AI Day," in an effort to show off its efforts to build artificial intelligence computers capable of autonomous driving. One of the main reasons for the event was recruiting top talent--which got me thinking about a tweet from last year when Tesla's CEO, Elon Musk talked about the four characteristics he looks for in a new hire. Elon Musk says these are the 4 most important things he looks for when hiring top team members

In that case, the occasion was that SpaceX, one of the other companies run by Musk, was hosting a career day. To encourage people to come, Musk explained what he was looking for. You might think he was looking for people with expertise in rocket propulsion or any number of advanced engineering specialties. Interestingly, he wasn't.

Instead, he listed four traits that I think are critical for anyone looking to build a great team:

This is mainly for staffing up 4 production shifts for 24/7 operations, but engineers, supervisors & support personnel are certainly needed too. A super hardcore work ethic, talent for building things, common sense & trustworthiness are required, the rest we can train.

I love the last part of that tweet: "A super hardcore work ethic, talent for building things, common sense & trustworthiness are required, the rest we can train."

I think every leader can agree that finding, recruiting, and developing top talent is one of the single biggest challenges that face any growing business. Hiring the wrong people can be costly in terms of both time and resources. That's why it's worth understanding what characteristics actually contribute to making a candidate a top performer.

While I can't speak for what a hardcore work ethic looks like at SpaceX, I think every manager would agree that they want people who are dedicated to their job. The goal of the hiring process is to find people who will work hard and deliver results.

To be clear, I don't think a hardcore work ethic means that your employees should be overworked, or that their lives should be out of balance. I think it means the opposite, in fact. You should look for people who show up ready to dive in and work towards your company's common purpose.

Even if your company isn't in the business of building rockets, this might be one of the more underrated characteristics. First of all, "building things," can mean one of several things. In Musk's case, he was literally talking about building things--as in, building rockets. The jobs that he was promoting at the time were production jobs, but I don't think this quality is limited to hands-on assembly.

But it can also mean people who are very good at looking at what needs to be done and can put together a plan to make it happen--even from nothing. As an entrepreneur, building things is one of your most important roles. Surrounding yourself with others with a similar talent means you can multiply your efforts. Those types of people--the ones who have a talent for building things--are likely to contribute in any role.

It should probably go without saying that you want to hire people with common sense. The problem is that it's often a rare commodity and it's very difficult to teach. You might even argue that common sense is, unfortunately, not very common.

Common sense is really the ability to understand a situation and make the right judgment about how to respond. As a manager, you are counting on your team to make good decisions, even if you're not there. That means recognizing that common sense is often more valuable than any particular skill.

Finally, you should only hire people you would trust with the company's credit card. I'm not suggesting you should give every employee a credit card--that's probably not necessary. I do think, however, that if you don't feel comfortable with the judgment and character of the person in front of you, hiring them is probably a mistake.

Often when companies are growing quickly, they default to hiring people who are qualified, regardless of their character. Except, good character is maybe the most important qualification. Hiring someone who is untrustworthy, just because they have a fancy degree or expertise is a mistake. Even when there's a lot of work to do, you almost always end up with more in the long run when you have to fix whatever problems they cause.

It's worth mentioning that Musk closes by suggesting that you really don't have to know anything about rockets. "The rest we can train," he said. That's true for every business. If you find people who have these traits, you can almost always teach them how to do a specific job. More importantly, however, you can't train these four characteristics, which is why it's so important to find the right people to begin with.