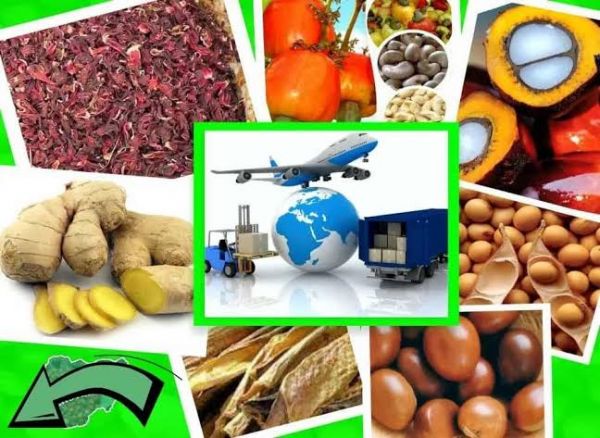 Besides the hurdles of importing into the country, more complicated roadblocks have been mounted by government agencies in the form of extortions, harassment and multiple charges on export goods, causing international cargo airlines to prefer flying out of Nigeria empty.

Though export was supposed to be free, investigations by The Guardian showed that the anomaly began at the beginning of the year, with multiple government agencies now on revenue overdrive – both for “government purses and private wallets.”

Among the 16 sundry charges tracked for goods coming in or departing the country via airports, only five are officially recognised.

Cargo agencies said the implication is the current trade imbalance of import-to-export that stands at a ratio of 87:13 and at least $250 billion loss on agro-export produce to the country.

The stakeholders said the Federal Government and relevant agencies had for too long, mouthed the ease of doing business without any impact on the cargo section of air travel.

The current administration, like its predecessor, did embark on economic diversification in favour of non-oil export promotion. Though the export potential is not in doubt, the official zeal to support exporters and implement government policy was yet to be seen at cargo airports.

At Lagos airport, for instance, at least 16 sundry charges are lined up against every inquiry to export beans, fruits, pap, garri (cassava flour), and cashew nuts to Europe or America. At Abuja, it was 15.

Official charges among the lots are five per cent Cargo Service Charge (CSC) that is statutorily collected by the Nigerian Civil Aviation Authority (NCAA); Federal Airport Authority of Nigeria’s (FAAN) charge of N5 to N23/kg; Customs charges of N60 – N97/kg; ground handling charges of N45 to N90/kg (depending on produce or product) and freight charges accruable to the airlines.

Unofficial and non-receipted charges are: plant quarantine service fees for sanitary certification, put at N15,000 on average; association dues and FOU charges on the packaging, varying from N15,000 for car/van, N25,000 for bus/truck and N45,000 to N50,000 for a trailer full of cargo.

Another illegal line charge is ‘repair and return’, as against plant quarantine.

All these sundry charges, in addition to the foreign airline documentation charge of N12,500/kg, comparatively the most expensive on the continent, explains why foreign cargo airlines often depart Nigeria empty and fly to neighbouring countries to pick export cargo.

A cargo agent, Akeem Aladeselu, said the charges had since gradually returned since freight services spiked after the pandemic lockdown last year.

“For us that deal in fruit production, the multiple charges readily amount to an average of N140/kg clearing charges. About a month ago, an additional N20/kg was levied at the point of export. It has no receipt.

“Our European partners just pulled out of the deal because it makes no sense spending N1,160/kg processing fee to export bananas and mangoes to Europe. That was about N25 million worth of contract cancelled because exporting out of Nigeria, unlike in other parts of African countries, has become too expensive for vendors,” Aladeselu said.

“How much will you sell one kg in London? But when you complain, they will tell you that the agencies have to survive.”

Okakpu noted that government agencies have seen the cargo terminals as a revenue-generating venture for themselves and their agencies, yet killing the economy.

“They don’t see export as a national project, but as a private business. That is why all government agencies are always pushing to come into the airport, to make revenue and issue certificates that are not recognised anywhere. Already, we are not positioned to sell our products to the world market because our products are not traceable.

“All the airlines that come into Nigeria depart empty. Because it is cheaper for them to go out empty than carry something. If you load 100 tonnes of cargo on aircraft here, you are charged $35,000 in fees and taxes. Out of Ghana on the same trip is less than $4,000. That is why airlines would rather jet out empty.

“So, Nigeria is just hawking, not trading in the global cargo market. There are 500,000 to 620,000 tonnes out of Kenya every night. Here, we cannot boast of 20,000 tonnes a week. That is a $250 billion agro-export market wasting away. We created it for ourselves because we allow the civil servants to lord it on us all,” Okakpu said.

Indeed, the potential of agro-export alone is huge. No fewer than 22 non-oil products have been penciled in the new export promotion programme of the Federal Government, estimated to be worth over $150 billion in export value yearly.

As of 2019, records of the Federal Airports Authority of Nigeria (FAAN) show that Nigeria’s air cargo import stands at about 131 million tonnes, while its exports were only 16 million tonnes by air.

Exports on the other hand also recorded a cumulative 10 per cent decline for 2020 following months of lockdown and flight restrictions due to the pandemic.

However, the foreign trade data released recently by the National Bureau of Statistics (NBS) showed that Nigeria’s exports to Africa fell by 25 per cent in H1 2021 Y-o-Y. The NBS data for Q2 2021 shows that the agricultural sector contributed 3.25 per cent to total trade in the period.

Managing Director of Flight Logistics Solutions Limited, Amos Akpan, at the Aviation and Cargo conference and exhibition (CHINET21) in Lagos, recently, said the export-to-import shortfall of 115 million (2019 figures) would keep widening due to bottlenecks and “most cargo airlines returning empty.”

Akpan shared his experience: “A farm management wrote to seek permission to import 4000 seedlings of avocado and macadamia seedlings from another African country. This government agency (not Customs) replied asking the farm management to pay N10 million before the permit is issued. Note that the phytosanitary certificate was obtained from the origin country at a fee of $120 only.

“The revenue Nigeria could have earned is lost. We have ET bring cargoes to Nigeria, and from Lagos move to Sierra Leone. DHL moves from China to Lagos, then Kinshasa to pick cargoes. Those are not good trade arrangements that can help local operators to survive or play in the cargo space.

“We need to address hindrances to export and properly situate air cargo export in our trade records so we can build a system that will participate in regional, continental, and global trade arrangements like African Continental Free Trade Area (ACFTA).

“We need to cut down on the bottlenecks. Too much paperwork, nothing online, and there are too many barriers by too many agencies that have no business in that space. We need to completely sanitise the system,” he said.

“By the time you add all the charges together, it is not encouraging for anyone. When you add N70 there, N12/kg, N5 to N23/kg, N25,000 and so on, it is enormous stress on an importer, who has already paid for the freight cost, bought items, and paid export charges at the country of departure. They are all too much.

“Export is supposed to be free in Nigeria, except what you pay to the ground handlers and the airline charge. Let us work towards that and stop seeing the airport and terminal as a way to make money for government agencies,” Adewale said.

Director of Product Development at the Nigeria Export Promotion Council (NEPC), William Ezeagu, said they were not unaware of the complaints, and efforts were at advance stage to tackle the problems by setting up Domestic Export Warehouse and Aggregate Centre, as a one-stop-shop for all non-oil produce.

Ezeagu said the centre would harmonise activities and certification requirements of diverse agencies, as well as ensure quality assurance for seamless export to destinations.