Latest News
Separatists in Nigeria and Cameroon are working together. Here’s what’s going on
Zamfara women protest against bandits’ attacks, block roads
Trumps announcement of new social media company excites investors with shares soaring 357% on Day One
The Editor in a time of crisis - Azu Ishiekwene
Think big: Six ways to accomplish more as a leader
#EndSARS: Police clamp down on anniversary protesters, govt’s failed promises, show nothing fundamental has changed
#EndSARS: ‘My life changed on this day… for worse. But, I also believe it changed for good’ - DJ Switch
Piracy in Nigeria’s international waterways down 77 percent - Report
Nnamdi Kanu’s lawyers warn FG against failure to produce separatist in court as trial resumes today
All need to work together to resist extremists who seek to destroy Nigeria - Sultan
Gunmen in military uniform waylay commercial van, abduct 13 passengers in Niger state
#EndSARS: The limitation of dictatorship - Bola Bolawole 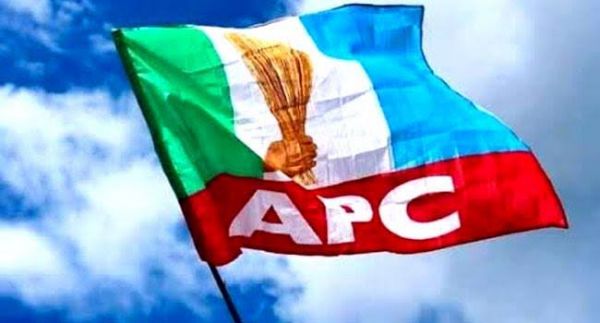 All Progressives Congress (APC) has announced postponement of its state congresses.

In a notice issued on Wednesday, John Akpanudoedehe, national secretary of the APC caretaker committee, said state congresses will now be held on October 16.

“An updated timetable/schedule of activities and guidelines for the conduct of the state congresses will be released to the public in due course.”

No reason was given for why the congresses were shifted.

The ruling party had earlier fixed October 2 for the state congresses.

The party held its LGA congresses on September 4.

Before then, the ward congresses were held on July 31 across the country except in the federal capital territory (FCT), Bayelsa and Imo states.

With the state congresses imminent, the party is inching closer to its national elective convention.

Since the dissolution of the national working committee (NWC) led by Adams Oshiomhole, the former national chairman, in June 2020, a caretaker committee led by Mai Mala Buni, Yobe state governor, has been piloting the affairs of the party.

The Oshiomhole-led NWC was dissolved after a protracted leadership crisis.

The committee led by Buni was directed by the national executive committee (NEC) to organise a convention where substantive national officers of the party will be elected.

Most read
Separatists in Nigeria and Cameroon are working together. Here’s what’s going on