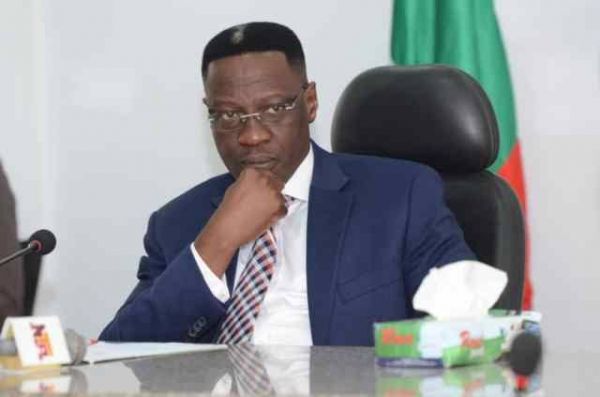 Asset Management Corporation of Nigeria says it has seized a mansion in Ilorin belonging to the immediate past governor of Kwara State, Abdulfatah Ahmed, over his alleged indebtedness to the tune of N5bn.

The agency said the seizure was sequel to an order by A.M Liman of the Federal High Court, Lagos.

The statement read in part, “AMCON on Wednesday September 22, 2021, in Ilorin, the Kwara State, capital took over the palatial mansion of Abdulfatah Ahmed, the former two-time governor of Kwara State over a staggering indebtedness of nearly N5bn.

“Liman also ordered the freezing of the bank accounts of the former governor and his two companies; Trans Properties and Investment Limited and Trans It Consulting Limited in Suit No: FHC/L/AMC/01/2021.

“The former governor, who is one of the founders of the newly established third force in Nigerian politics, known as the Rescue Nigeria Project, is one of the high-profile obligors of AMCON. Despite holding one of the highly exalted political offices in the land, he remained recalcitrant over the repayment of his obligation.”

The agency stated that it took possession of the mansion belonging to the former governor located on Abdulfatah Street, GRA, Ilorin, Kwara State.

AMCON said it had taken over the non-performing loans of the former governor and his companies, Trans Properties and Investment Limited and Trans IT Consulting Limited, from the former Intercontinental Bank, FinBank and Bank PHB during the first phase of EBA purchases, in line with its mandate under the AMCON Act.

Reacting, the former governor said the reported takeover of his Ilorin property by a lawyer purporting to represent AMCON was unnecessary and overzealous due to ongoing talks to resolve previous transactions with two defunct banks.

In a statement by his media aide, Wahab Oba, Ahmed clarified that the dispute was based on a margin loan he secured from Intercontinental Bank and Finbank in 2009 for the purchase of shares which was then lumped with unrelated loans obtained by others.

Reacting to a viral video depicting the takeover of his residence by an individual, who claimed to represent the company, Ahmed explained that the banks held the shares as collateral to sell and recover the loans in the event of a default.

He said, the banks passed the loans to AMCON instead of selling the shares to recover the loan amount.