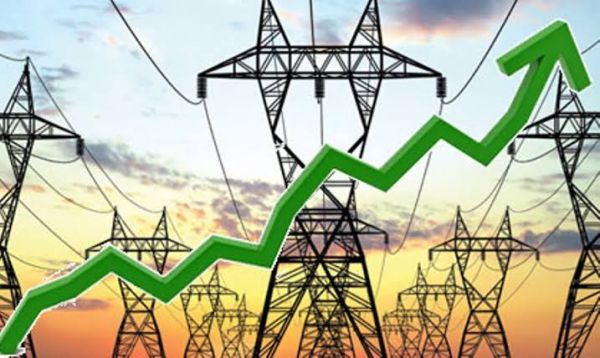 More difficult times await Nigerians in the months ahead as the Federal Government yesterday announced it is ending the N30 billion monthly electricity subsidy by January 2022.

The decision is also to affect all forms of subsidies hitherto extended to operators in the power sector value chain.

Special Adviser to the President on infrastructure, Ahmed Zakari, disclosed this at a stakeholders’ engagement meeting, organised by Nigerian Electricity Commission (NERC) in Lagos.

Vice President Yemi Osinbajo, had last July said the government expected the electricity sector to generate its revenue from the power sector market.

The VP noted that government would be investing over N43 billion in the coming years to improve transmission and distribution infrastructure across the country.

The power industry in Nigeria has reportedly been bugged down by claims of revenue shortfall allegedly due to a tariff regime that is “not cost reflective.” Data from the Nigerian Bulk Electricity Trading Plc (NBET) shows that the tariff being collected by DisCos is below 50 per cent of their invoices.

Association of Nigerian Electricity Distributors (ANED) had consistently lamented that the absence of of a cost reflective remained one of the major setbacks confronting the sector.

Zakari, stated that the “Federal Government intends to reduce its interventions in the power sector and thus allow the electricity market forces to to determine the course of action.”

Stakeholders have argued that allowing market operators to determine the course of action simply means that Nigerians are to pay the full commercial price for power as determined by the generating and distribution companies.

One of the participants at that public hearing and Executive Director, Center for Transparency & Accountability in the Energy Sector, Abel Godson, stated that, “with the deteriorating nature of electricity supply in the country, coupled with a deteriorating and ageing infrastructure within the electricity network, government’s pre-occupation should be about stabilizing the market, and not tariff hike.” He also maintained that, “promoting cost reflective tariff at a time where the country is battling one its worst forex regimes and high inflation rates, which affect the cost of goods and services, will be counterproductive.

“If this current precarious situation is met with any form of hike in electricity tariff, then we can bid goodbye to any meaningful development in the economy,” he said.

Federal Government and Organised Labour had gone into extensive discussions prior to the implementation of the Service Based Tarrif in November 2020, where the electricity regulator (NERC) had promised improvement in service delivery to Nigerians.

Zakari noted that Nigeria has one of the poorest supply of electricity despite the power sector contributing 78 per cent to GDP growth for Q2 2021.

But reacting to the planned hike in electricity tariff, President, Consumer Rights Advancement Organisation(CRADO), Adeolu Ogunbanjo, said consumers will mobilise Nigeria Labour Congress(NLC) against this insensitive pronouncement which is anti-people.

Also speaking, Frank Onyebu, Chairman, MAN, Apapa branch said, “I’m not against the removal of subsidy , but we need to look at it in a better context.

There is so much inefficiency in the electricity industry leading to much of the power generated being wasted, while  DisCos want consumers to pay for their inefficiency.

If they run their firms as expected, there won’t be need for subsidy because I believe the current tariff which is already high is adequate. We are still talking about tariffs because the handlers are still looking at the industry as old ‘NEPA’. They are not running the industry as a private concern. If they run it efficiently as a private organisation, they will realise that there is no need for subsidy.

There is really no subsidy on electricity, efficiency needs ro be improved upon.

In his reaction, a lawyer and economy expert, Eze Onyekpere, said he does not see any reason government should subsidise the inefficiency of the GenCos and DisCos with public fund, stressing that such  funds should be channelled into productive consumption. “What I am saying is that just as we supported the increase in VAT what we need to do is to free up resources for other infrastructure and development. And subsidy on electricity is one of the  things that is taking the money which we don’t even have. What I am advocating is conditional in terms of ensuring that these DisCos and GenCos and transmission company are run with the best corporate performance standard and run very efficiently. I am not actually advocating that Nigerians should subsidise the inefficiency of these companies.

“My suggestion is for the citizens of this country to resist the companies whether through civil disobedience or litigation or media advocacy to ensure that they are run efficiently.

For his part former Director General of the Lagos Chamber of Commerce and Indsuty, Muda Yusuf, argues that the Nigerian power sector situation is a complicated one. “Generating the liquidity to feed the power supply chain remains a major challenge”. It is all the more worrisome because we have seen significant adjustments in tariffs over the last two years. There is a large measure of discontent over the moves towards a cost effective tariff. Therefore,  the push towards a full cost reflective tariff should be gradual to minimise the shocks on citizens and corporates. This has become even more necessary because of the frequency of tariff reviews that had taken place over the last one to two years.”

He however noted that  the challenge of collection and commercial losses appear intractable. The DisCos seem helpless in tackling this menace.  The problem of estimated billing still persists generating serious ill feeling towards the DISCOs. The metering programme is not as fast as promised.

Transition to full cost recovery has to be a gradual thing. There are significant social and economic considerations to be reckoned with.