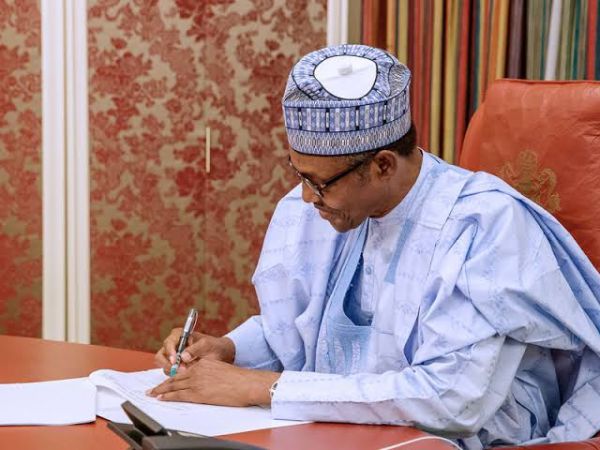 Garba Shehu, senior special assistant to the president on media and publicity, made this known in a statement issued on Saturday.

He also asked the national assembly to approve grant components of $125 million.

The World Bank is expected to finance seven projects across different sectors, including the $125 million grant for the education sector.

The presidency said the grant is expected to increase equitable access for out-of-school children and improve literacy in focus states and will strengthen accountability for results in basic education in Katsina, Oyo and Adamawa.

The World Bank will also finance the state fiscal, transparency, accountability and sustainability (SFTAS) programme, agro-processing projects, and the provision of adequate water supply in Delta, Ekiti, Gombe, Kaduna, Katsina, Imo, and Plateau states for the next five years.

According to the statement, states to benefit from the bank’s agro-processing project include Kogi, Kaduna, Kano, Cross River, Enugu and Lagos.

The statement added that 30 states will benefit from the World Bank’s agro-climatic resilience in arid zones landscape project “to reduce natural resource management conflicts in dry and semi-arid ecosystems in Nigeria”.

The World Bank will also fund livestock productivity and resilience project in 19 states and the federal capital territory (FCT).

China Exim Bank is expected to finance the construction of the branch line of Apapa-TinCan Island Port while AFD will fund the national digital identity management and Kaduna bus rapid transport projects.

IFAD will finance the value chain development programme, and it will be implemented in Anambra, Benue, Ebonyi, Niger, Ogun, Taraba, Nasarawa, Enug, and Kogi states to empower 100,000 farmers, including over 6,000 and 3,000 processors and traders, respectively.

The presidency further said a loan facility by the German government-owned development bank (KfW IPEX-Bank) will be spent on the construction of the standard gauge rail linking Nigeria with Niger Republic.

It added that the China-Africa Development Fund is expected to provide a loan facility of $325 million for the establishment of three power and renewable energy projects. These include solar cells production facility in two phases, electric power transformer production in three phases, and a high voltage testing facility.