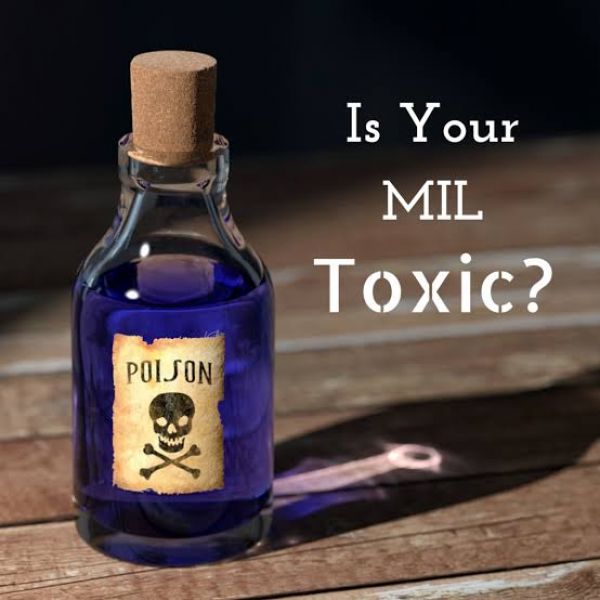 On the social media platform TikTok, the hashtag #toxicmotherinlaw has more than 130 million views. Peruse the videos, and you'll find a virtual tribe of women – some angry, others resigned – revealing some of the most agonizing and absurd experiences with the women their husbands call "mom."

There's the story of the mother-in-law who showed up to her son's wedding in head-to-toe white, and the one who repeatedly cut her grandchild's hair even though the mother explicitly said not to. There's the mother-in-law who berated her son and his wife for spending a holiday with the wife's family, and the one who didn't think the Mother's Day message their daughter-in-law wrote was generous enough (and called the daughter-in-law's parents to grumble).

Psychologists say toxic mothers-in-law are not caricatures. They are women typically living with mental illness, many afflicted with one or more personality disorders that make it difficult for them to empathize with others or ever clearly see themselves. They appear most combative with female partners of heterosexual sons.

"She's narcissistic and/or borderline dependent, antisocial or histrionic, or a gamut of all," said Sherrie Campbell, a clinical psychologist and author of "But It’s Your Family…: Cutting Ties with Toxic Family Members and Loving Yourself in the Aftermath." "They don't want love, they don't want connection. They want power."

Psychologists say mothers with these toxic tendencies are self-absorbed and self-referential. As their children age, they refuse to allow the relationship to evolve, becoming increasingly needy, intrusive and controlling. They desire consistent access to their sons regardless of age or development. When their sons enter a relationship or marry, their feeling becomes, "This is my little boy, and no one's taking him." In response, they manipulate, lie and act as though they are the victim.

"The toxic mother-in-law does not like you, would never have chosen you," said Catherine Gildiner, a psychologist and author of "Good Morning, Monster."

Because there is a natural asymmetry in power between parent and child, these mothers use their power abusively. While some boys may grow inured to it, many who eventually marry find these behaviors profoundly impact their partners, causing friction that demands attention and which often sets them up to choose between their parent and their partner.

"Our mothers define us more heavily and more strongly than anyone else, and this is why the toxic mother-in-law or the toxic mom is all over TikTok," Campbell said. "This is the power of mothers. We grow in her. She's the first person to make space for us in the world. No child wants to lose that no matter their age. That's why it's so painful."

When the toxic behavior starts

Gildiner said there are warning signs the first time a mother meets her son's new spouse.

"She will make her dominance known: 'I remember when he was 2, he didn't do this. He doesn't like to eat that. No. Get that off his plate. He hates that,'" she said.

The behavior may start passive-aggressively and then escalate. Sometimes at the start the husband, either consciously or unconsciously, minimizes the behavior or refuses to see it, saying things like "she's always been like that," or "just ignore it."

But eventually, the daughter-in-law, often eager to please and desiring acceptance, realizes what she's up against. Gildiner said it's important to address the behavior as early as possible. Don't think, "I don't want to rock the boat."

It's important that spouses align early on how they view the behavior and how they plan to set boundaries to address it.

Support from a husband is the key

Experts say for a woman coping with a toxic mother-in-law, there is nothing more crucial than a supportive spouse. When a woman isn't supported by her spouse, she feels abandoned, and the mother uses this as an opportunity to exert further control.

"The most terrifying thing is when the spouse doesn't support you," Gildiner said. "They have heard her spouting this narcissistic garbage for their whole life. At some point, they turned off the tap to maintain their sanity."

It can be difficult for many men who've spent their lives enmeshed in this unhealthy dynamic to confront their offending parent. They, too, are eager to please and have long enjoyed the adulation.

He needs to be clear that his wife is number one and that his mother's disrespect will not be tolerated. When his mother starts belittling his wife, he can't just defend her, he needs to get up and leave his mother's house.

"We want her mad at her son. We don't want her mad at the daughter-in-law. She's innocent," Campbell. "Once she starts getting mad at the son, what's going to happen in her psychologically is she'll have to ask, 'Do I want to lose my son or not?' Depending on how toxic she is, she may make amends."

Every couple will navigate this differently. Some will choose to minimize contact, others who feel boundaries are being violated will choose no contact at all. Sometimes a son will visit the mother alone.

"The most important part is getting the husband on your side. When he says, 'It's not my problem,' to say, 'If I'm not happy, it is your problem,'" Gildiner said.

What the daughter-in-law can do

The best thing a daughter-in-law can do, experts say, is demand their partner's support. That may require counseling to help the husband see the wife's point of view.

Since narcissists want attention and emotional reactions, a daughter-in-law should not engage with a toxic mother-in-law. She shouldn't argue or debate. If the mother says something awful in front of the grandchildren at dinner, go home. If her version of events is wildly inaccurate, leave it alone.

Women can tell their husbands that they want them in their presence the entire time their mother is around, avoiding situations where the mother can lie about interactions.

Finally, it's important for women in these situations to accept their relationship with their mother-in-law will likely never be what they hoped. Even if a relationship improves, it will probably remain strained.

"There is no collaboration. There's only competition," Campbell said. "In a toxic person's life, there are winners or losers. They're going to do whatever they need to do to become a winner and they don't care what they sacrifice."