Latest News
FIRS unveils plan to collect tax from drivers, vulcanisers, hairdressers, other artisans for road projects
77m Nigerians have no access to electricity - Official
Bandits move to ‘next level’, paralyse Abuja-Kaduna train service
8 Nigerian men caught in South Africa for defrauding 100 women based in US through romance scam
Journalists barred, crowd dispersed by police as Nnamdi Kanu denies terrorism charges in court hearing
Separatists in Nigeria and Cameroon are working together. Here’s what’s going on
Zamfara women protest against bandits’ attacks, block roads
Trumps announcement of new social media company excites investors with shares soaring 357% on Day One
The Editor in a time of crisis - Azu Ishiekwene
Think big: Six ways to accomplish more as a leader
#EndSARS: Police clamp down on anniversary protesters, govt’s failed promises, show nothing fundamental has changed
#EndSARS: ‘My life changed on this day… for worse. But, I also believe it changed for good’ - DJ Switch 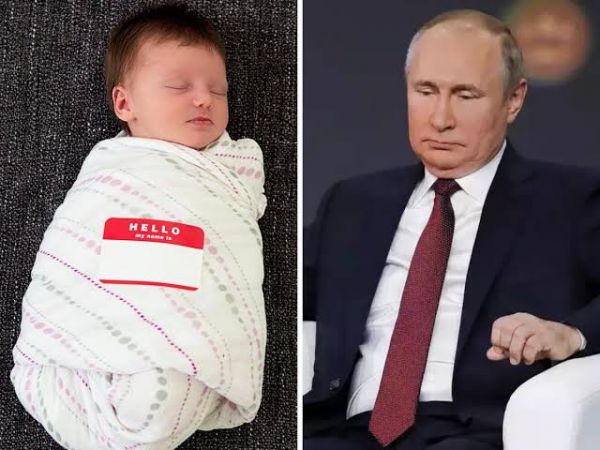 Public radio broadcaster SR recently reported the case of a couple based in Laholm, Sweden, who were banned from naming their newborn son after Russia’s president. Skatteverket didn’t explain exactly why they rejected the naming request, but according to Swedish law, names should not be offensive or risk causing problems for the bearer, nor are first names that clearly resemble surnames allowed. It wasn’t immediately clear what category “Vladimir Putin’ fell into, but the couple was forced to go for something less controversial.

Under the lam Naming Law, which was first enacted in 1982 updated in 2017, parents are required to report the names of their newborns to Skatteverket within the first three months after birth. However, not all get approved, and in the past, the agency has rejected names like Ford, Pilzner, Q or Allah, whole accepting bizarre monikers like Google and Metallica.

The Swedish media has yet to report why the parents wanted to name their son Vladimir Putin in the first place.