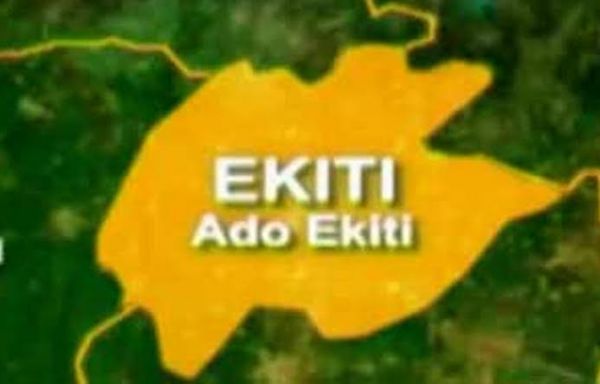 Sunday Abutu, the police spokesperson in the state, confirmed the incident and added that whereabouts of 32 other passengers were yet to be known.

Abutu said action had begun to unravel those behind the abduction and efforts were being made to rescue the victims.

“It is true there was a kidnap on Monday morning along that axis.

“We heard the information and we have deployed our personnel there.

“It began on Sunday evening when some suspected robbers attacked a man who the police thereafter rescued.

“But this morning, we learnt that the suspects were the ones who abducted some road users. The police are on their trail,’’ he said.

Witnesses said the abducted victims were taken into the bush by the gun-wielding men.

The abductors attacked two buses conveying passengers from Otun-Ekiti, took four, while other passengers jumped out of the vehicles and fled in different directions.

One of those who escaped told residents that the gunmen took away four passengers from the two buses.

Another source said hunters in the area were told of the incident and they promised to go after the criminals.

“Before they got to the scene, the gunmen had driven or pushed the two buses into the bush.

“At that point, we cannot say the number of people taken into the forest, but the buses are still there as we speak.

“I advised the hunters and security agents who arrived at the scene that the kidnappers would have gone towards the Otun Ekiti end, and that they would not have gone far that time.

“Definitely, they are the ones who operated on Ayetoro-Ewu Road on Sunday evening too.

“That of Sunday operation was not successful, and perhaps, that is why they visited again to carry out this one,” the source said.

“On that Sunday evening, they attacked commercial motorcyclists by shooting sporadically into the air to scare people.

“A commercial motorcyclist was stopped at gunpoint and they took all his valuables, while another motorcyclist escaped into the bush.

“The kidnappers fled when they noticed that the other commercial motorcyclist had escaped. We never knew they would continue their onslaught today, Monday,” the source added.

Kidnapping for ransom has become a weekly occurrence in Ekiti State since 2020.

Several people have been abducted either on their farms, in their homes, places of business, or while traveling through the state.

About five lives have also been lost during the various attacks.