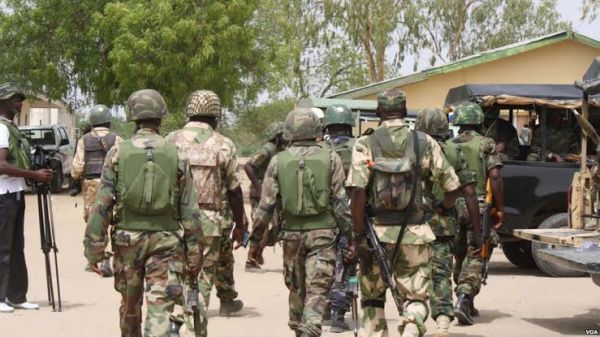 For the last few years life in rural areas of northwestern Zamfara state has been agonisingly brutish.

Gun-toting motorbike gangs have made the state of approximately 15,352 sq miles (39,761 sq km) - an area bigger than countries like Burundi, Lesotho and Rwanda - a haven for wanton killing, rape and kidnapping for ransom.

The gang members are devious and well organised, often wearing military fatigues to confuse villagers as they come under attack.

This problem, which has festered for years, has now spread to at least five neighbouring states.

Various initiatives have been tried in Zamfara to end their reign of terror, including:

■   An amnesty for repentant gang members

■   And a ban on mining after it was suspected gold was being used to fund the kidnappers.

But these measure have not made much difference, so the Zamfara authorities have now banned the movement and sale of animals, along with the weekly markets where farmers and business people go to trade. Stealing animals is one of the gangs' main streams of income.

The more drastic measure has been switching off all of Zamfara's 240 mobile phone towers.

The aim is to deny the criminals the means of communication with their informants and of negotiating ransoms with the families of those abducted.

A sustained air and ground operation has also been launched.

The phone blackout - which also affects communities on Zamfara's borders with other states - comes at a huge cost to families and businesses.

Simple things that could be done with just a call now need a whole day's trip to achieve.

Some are resorting to writing letters. Without a functioning postal system, these are being delivered via commercial buses that still travel between towns in the state and to other parts of the country.

A Zamfara-born resident of the capital, Abuja, told me that it has been unbearable not knowing if his family was safe.

It was only when a relation arrived in Abuja a few days ago that he received an update on their wellbeing.

Another told me that he was so worried, he will be travelling back to Zamfara soon to check up on his family.

In spite of the difficulties caused by the phone shutdown, discussions on radio talk shows in Abuja are supportive of the measure.

One native of the state based in the capital said it was far better to endure a short period of pain rather than the daily mayhem that has turned Zamfara into one big jungle where armed men rule.

For now there is a near information blackout from Zamfara on how operations against the criminals are going.

Even journalists have no means of ascertaining the true state of affairs.

One reporter told me that she has been trying to convince the authorities to allow her to embed with troops.

Anecdotal reports suggest some degree of success in dislodging the gangs from their hideouts in forested areas.

However, more worryingly, this has been said to have driven them to neighbouring areas like Katsina, where I was born.

There has been a spike in abductions there in the last week, including that of the children of a local notable and that of a retired federal civil servant alongside his 15-year-old daughter.

I personally chose to move my mother away from her home recently - and just a few days ago, three university students were abducted less than a kilometre from her house.

Many security analysts argue that the current push, with all its pains, should have been a simultaneous operation in all the six states affected, so that the criminals would have no room for escape.

Most agree that only a joined-up approach will end the nightmare.